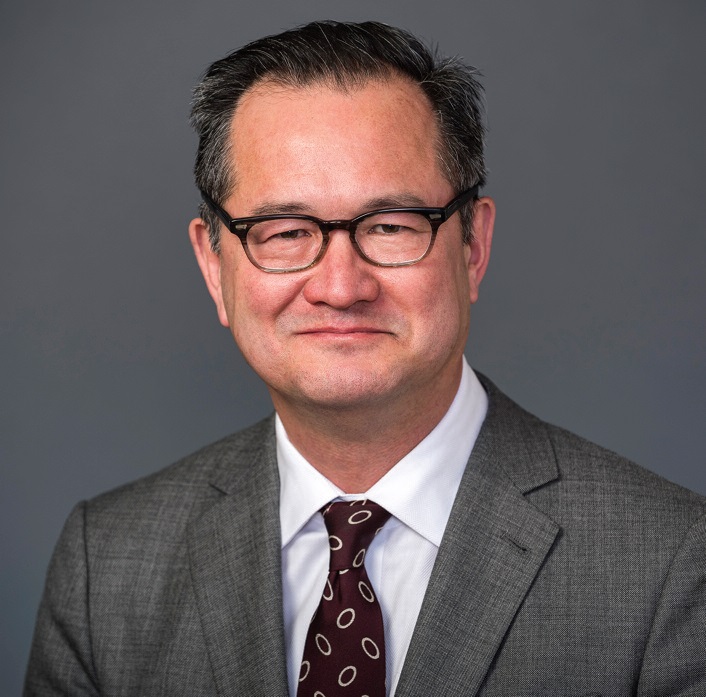 Allan Teramura, an Ottawa architect advocating for healthy and sustainable Aboriginal communities, has been named as the 77th president of the Royal Architectural Institute of Canada (RAIC) at a formal ceremony in January.

The national organization has about 5,000 members.

Guests included RAIC members, the RAIC board of directors, representatives from Parliament Hill, government departments and First Nations’ communities, as well as allied professionals with an interest in the built environment.

“As architects, I think we would all agree that losing traditional building crafts and knowledge of ways of organizing physical space can be as corrosive to a society as the loss of a spoken language,” Teramura said in his investiture speech.

“The built environment in Indigenous communities tends to be discussed in terms of housing issues, but in my view the problem is compounded by the absence of cultural identity, and this is seldom discussed,” he said.

“At a time when talk of reconciliation is growing, our profession is in a position to – and, therefore, is obligated to – look at ways to help address injustices, not by imposing our ideas, but by listening and promoting the professional competencies that already exist in Indigenous communities.”

Teramura sees similarities between the living conditions on reserves to the internment camps where Japanese- Canadians, including his grandparents and parents, were forcibly placed during the Second World War.

“They are a technological solution for housing, not intended to be permanent. You realize you’re dealing with something that is not a normal community, but a camp. A camp is a settlement with no future by definition.”

Teramura received the President’s Medal from the 2015 president Samuel Oghale Oboh of Edmonton. During his tenure, Oboh was instrumental in the signing of agreements between the RAIC and several international architectural associations, as well as many of the Canadian architectural regulatory bodies. He also represented Canada at the COP21 Conference in Paris where he brought the RAIC’s voice to the global discussion of climate change.

“Architects are well positioned to assist Canada to achieve its targets in terms of greenhouse gas emissions,” says Teramura of continuing Oboh’s work on this key issue. “The building sector is ready and able to do its part.”

Born and raised in Winnipeg, Teramura wonders if he ever considered an alternative profession to architecture; his father was in construction, and his older brother is also an architect. He studied at the University of Manitoba where he earned a Bachelor of Environmental Studies degree and received the University Gold Medal.

Subsequently, he attended the Carleton University School of Architecture, graduating in 1990 with a Degree with High Distinction. He was also the recipient of the Research Thesis Prize and the RAIC Student Medal for highest overall academic standing.

Teramura went on to work as an intern architect with the award winning Vancouver firms of Patkau Architects and Henriquez Partners, and later in Ottawa with Brisbin Brook Beynon Architects and GRC Architects.

His recent projects include the restoration of the Tropical Greenhouse at the Central Experimental Farm in Ottawa, conservation work at the Amherst and Halifax armories, ongoing work on Centre Block on Parliament Hill, as well as various strategic planning studies in the Parliamentary Precinct.

From 2011 to 2015, Allan served as the RAIC regional director for Ontario East, North, and Nunavut. He has volunteered as a member of the City of Ottawa’s Local Architectural Conservation Advisory Committee and sat on the board of the Ottawa Region Chapter of the Canada Green Building Council.

He is a member of UNESCO’s International Council on Monuments and Sites. In 2015, Teramura was the RAIC’s lead representative on an application for a legal injunction to halt the construction of the proposed Memorial to Victims of Communism in the Judicial Precinct of Ottawa.

In a statement, the association said the two leaders were greeted warmly by the board at its annual general meeting and conference on Jan. 29 in Stratford.

“As a founding CFBA member, it is very gratifying? to see tw

o outstanding individuals like Dan and Bart commit their time and talents to our association,” said director Gary van Boldersen. “The CFBA is in very good hands with their unselfish leadership.”

The CFBA represents numerous stakeholders within the agricultural and farm building communities and works to promote and advance the construction and standards of Canadian farm buildings.

A graduate of the University of Guelph’s landscape architect program in 1994, Brydges serves as the principal and senior architect at Brydges Landscape Architecture in Guelph.

The theme of his tenure will be “drawn together,” which Brydges says illustrates the importance of collaboration amongst LO members for the betterment of the profession.

“The daily driving force and message in our design office are that of teamwork and relationships,” Brydges wrote in the January issue of LO magazine. “As landscape architects, our biggest role is and should be that of a coach. We listen to our clients’ needs, wants and wishes and blend the realistic with the fantastic. This is the same platform that LO is built upon in so many respects.”

“Our biggest hurdle in achieving and maintaining our modern landscape is to overcome the shortage of qualified team members and also the perception of our profession as mowers of lawns and shovellers of snow; those days are generations gone,” he said. “If we can look at ourselves in the proper light and realize through education and years of on the job training that we are professionals, we can change our market perception. That is how we are going to bring young professionals into the profession, as well as interest students to move into programs that will qualify them for the careers.”

Brydges was elected by the LO provincial board of directors last fall after serving in a variety of roles on the board, including most recently as its second vice president after stints as the design sector representative and as a volunteer with the LO Canada Blooms garden design team. 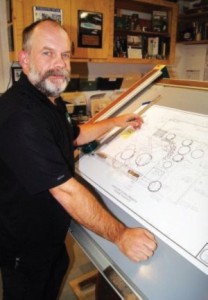 LO executive director Tony DiGiovanni said in a news release: “President Paul has a powerful and profound message that provides clarity about how our sector enhances lives by what we do and who we are. He wants to remind all of us that we are much more than an industry; we are a profession. Together we contribute to making the world a better place. Landscape Ontario looks forward to helping Paul communicate this message internally and externally. Paul is also the first practicing landscape architect at the helm of our organization. It reminds us that all sectors in our wonderful profession are interrelated and interdependent. Our profession is better together.”