The Alberta Construction Association (ACA) recently shared its concerns at a meeting about the process and progress of the current WCB Review.

“Along with our partners we oppose adding requirement to accommodate to the WCB Act. The appropriate dispute resolution mechanism is under human rights legislation.”

ACA also says it “strongly argues that no fault should not apply to post-incident behaviours and TTD should not apply if the worker actions remove themselves from the course of employment. We felt that Appeals Commission should only rule on the specifics of the appeal, and not be wide open in its decisions.”

ACA has further lobbied that the Employer Appeals Advisors should be independent of the WCB, discussing “the need for in-person multi stakeholder consultation on policy development and review. We also argued for the retention of PIR incentives and experience rating at the WCB Review.”

The review committee is to be preparing its report in January 2017 for the government. 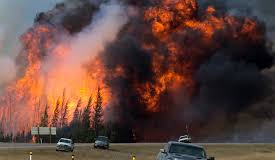