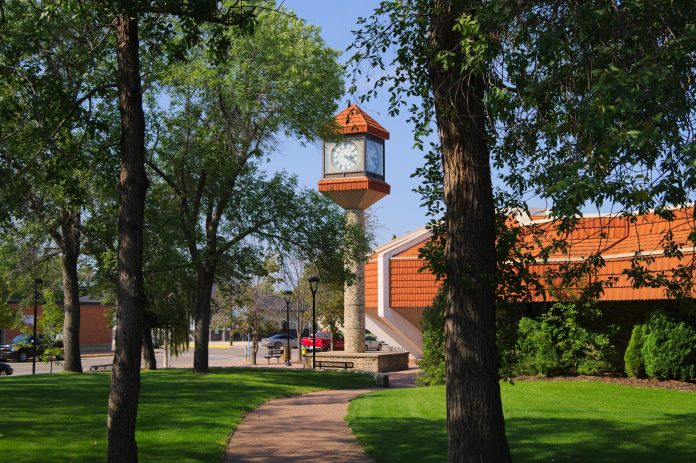 The Town of Battleford, Saskatchewan has many stories to tell. It was founded as a fur trading hub, was named the first capital of the North-West Territories in 1876, and was an important location during the North-West Rebellion in 1885.

How does the town plan on telling these stories? The answer to this question is something that Battleford’s Chief Administrative Officer, John Enns-Wind, hopes lies within some of the city’s upcoming economic development plans.

Those plans include a new museum going up near the Land Title Registry Office, one of the many historic buildings and landmarks scattered throughout the town.

Battleford was named capital of the North-West Territories after Canada purchased Rupert’s Land from the Hudson’s Bay Company. The Land Title Registry office, which is the oldest standing brick building in Saskatchewan, housed all records of purchased property in the Northwest Territories.

The new museum will showcase the role that land surveyors have played in developing Western Canada as we know it today. The Saskatchewan Land Surveyors Association hopes it will open up this summer.

“There has been a lot of history here, so what we’re trying to do with the number of historic sites that we have – buildings, graves, and other sites – is we’re trying to figure out how we can tell these stories,” said Enns-Wind.

Of course, not all of these stories are good ones. The Old Government House, for example, was turned into an Industrial School for First Nations people. Nearby is a cemetery for the number of children who died from tuberculosis and other fatal diseases.

“We know the consequences of this, and we’re still dealing with that today,” said Enn-Wind.

Enns-Wind explained that the town is working on forming partnerships with the Heritage Conservation Branch, as well as their Indigenous neighbours, to come up with ways to represent Battleford’s rich history.

“Without telling these stories, will it be possible to have truth and reconciliation? What we’re trying to do is figure out how we can tell these stories that can honour the past but also build our future.”

What else does building the future look like for Battleford? It means boosting tourism.

The town has plans to revitalize the town’s downtown core and is currently working with its downtown businesses on ideas that will help drive tourism and the local economy.

This summer, the town will be in talks with these businesses to discuss zoning bylaws and tax policies. “Right now we’re kind of at the beginning stages of doing a lot of this stuff,” Enns-Wind said. “We’re hoping to get everything done in the next three to four years.”

Building the future also means preservation. The Battleford town council just approved the first phase of a storm sewer system that will drain water from Industrial Park into a ravine. The water is currently flowing off the land surface, eroding the road and river bank and nearing the town’s waste water pipes.

Thunderchild First Nation, located 113 km northwest of North Battleford, is currently working with the town on developing a large highway commercial area, as well as a 130,000 sq. ft. cannabis growth facility expected to employ anywhere from 110 to 130 employees. 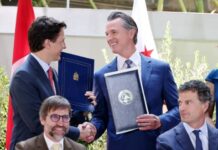