Cornwall, Ont. is asking its citizens for input on its proposed new waterfront plan.

Michael Tocher, a partner with thinc design — the Toronto-based urban design and landscape architecture company hired by the city — said the meeting was one of the first steps in their process of recommending a new masterplan.

Much of the 16-kilometer waterfront is owned by the federal government, who announced intentions earlier this year to sell all their waterfront holdings in Cornwall, said Cornwall Seaway News.

“Most waterfronts don’t have what Cornwall has,” Tocher said. “You really want to preserve and protect that system of public spaces. That’s what waterfront is for, public space.”

thinc design will hold its next open house in November and hopes to present the draft of the new Waterfront Master Plan to Council in the Spring of 2019.

More than 805,600 homes unsuitable for the number of people living there: StatCan 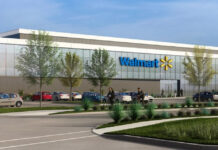