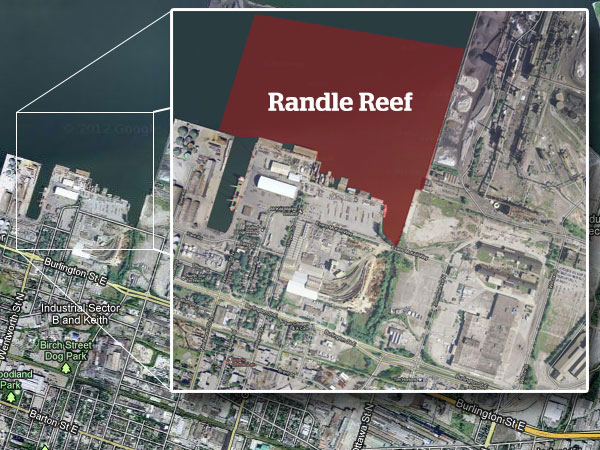 The federal government says it has awarded a $32.9 million contract for the second phase of the Hamilton Harbour’s Randle Reef Contaminated Sediment Remediation project as part of an overall $138.9 million multi-jurisdictional initiative.

Milestone Environmental Contracting Inc. and Fraser River Pile & Dredge Inc. will dredge contaminated sediments from the harbour floor and place it into the engineered containment facility, currently under construction in the Hamilton Harbour. Work on this stage is scheduled to begin in the spring of 2018 and be completed in 2010.

Catherine McKenna, the federal minister of Environment and Climate Change, joined funding partners representing the Ontario Ministry of the Environment and Climate Change, the City of Hamilton, the City of Burlington, the Hamilton Port Authority, and Stelco at the July 21 announcement. Project partners also had an opportunity to tour the project site to see first-hand the significant progress already underway.

“Awarding the stage-two contract signals the start of the heart and soul of this project—removing and containing contaminated sediment from Randle Reef,” McKenna said in a statement. “I am delighted to mark this milestone in my hometown. With the support of the community and our project partners, our government is making real progress in our commitment to clean up Hamilton Harbour and our Great Lakes and restore this invaluable freshwater resource for all Canadians.”