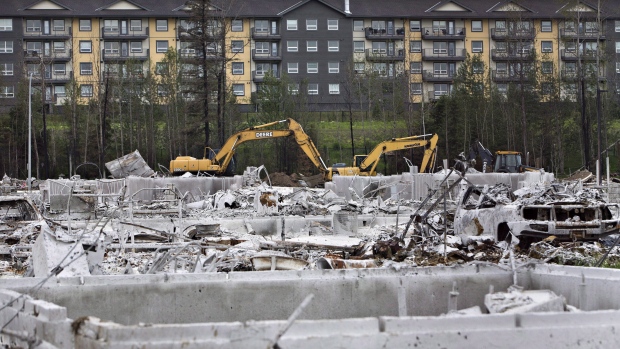 As Fort McMurray rebuilds after the early summer fire that destroyed 2,400 structures, including 348 homes, the region’s unemployment rate is decreasing and the numbers of full-time jobs is growing. Local media, though, says the number of workers in construction is still far from where it was at the same time last year.

Fort McMuray Today reports that the 2,700 construction jobs that have been added since May are still 1,700 below where they were at the same time the previous year.

That number may yet improve as some residents of another two neighbourhoods – Abasand and Beacon Hill – were given the go-ahead earlier this month to return to their homes once the “unsafe” classification was lifted. At that time, 224 homes still remained under the “hazardous” label.

CBC has reported that delays in clean up have created delays for those who had clearance to rebuild. “After the fire, approximately 500,000 tonnes of debris, made up of ash, concrete and steel, were hauled away from damaged neighbourhoods to landfills” and concerns about soil contamination.

The article also blames issues with insurance companies citing a report from the Insurance Bureau of Canada that less than half of the 44,000 claims made after the fire had been settled.