Bird Construction Inc. announced that it has recently been awarded a number of construction contracts totalling approximately $100 million. The projects involve both civil and building construction activity to serve the needs of industrial clients in northern Alberta.  The awards will be added to Bird’s backlog in the third quarter of 2013. The revenue derived from the projects is expected to be put in place by mid-2015.

“These awards are the culmination of many months’ work by our procurement teams, and while the construction marketplace remains competitive, these projects will contribute positively to our financial results during their construction life,” said Tim Talbott, Bird’s president and CEO.

The Fenestration Canada announcement said: “It is our belief that an effective Fabricators Council will be a long-term asset to the practical, effective implementation of initiatives promulgated by Fenestration Canada.  There is a growing perception that a fundamental group of window and door fabricators/owners are under-represented at industry events, meeting and discussion forums.”

Fenestration Canada said “this ‘bedrock’ group of fabricators will benefit from a forum or process that would allow them to meet and discuss a variety of key interests”, including the processes for developing and implementing building codes.

The CRCA has announced that Jim Watson has received the Frank Ladner Award for his technical contribution to the roofing industry.

Watson has been an active professional in the commercial roofing industry for over 40 years. He is a trade qualified journeyman who, for 16 years, was president of a Roofing Contractors Association of British Columbia (RCABC) commercial roofing contracting firm before accepting a position as technical manager of the RCABC Guarantee Corp. (RGC), in 1995. Jim retired from RCABC in 2011, and now offers consulting services for roofing and waterproofing projects under his recently incorporated firm, J. Watson Roofing Consulting Inc.

More information about the Frank Ladner Award is available at http://www.roofingcanada.com/awards.html.

The Canadian Institute of Plumbing and Heating (CIPH) has recognized Ralph Suppa, the s institute’s  president and general manager, for a quarter-century of service to the industry.

“He has worked closeldy with industry members, allied associations and government over the past several years, to develop codes and standards,” the CIPH announcement said. 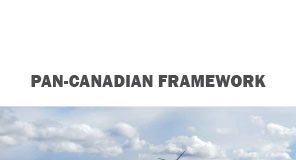