Passive House is the world’s most stringent energy efficiency building standard, and this was the third year the conference has brought together Passive House experts in North America to share knowledge, experience and ideas.

In addition to the introductory and advanced presentations and workshops, the conference provided a forum for policy makers and regulators to discuss energy efficiency initiatives, learn how other jurisdictions are advancing building energy efficiency and provide tools to do the same.

Rob Bernhardt, president of the Canadian Passive House Institute West (CanPHI West) and one of the organizers of the first Passive House conference in Canada in 2013, commented on the progress made in energy efficient building over the past two years. 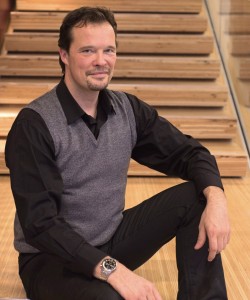 “We’re now seeing local and provincial governments looking to Passive House as a means to achieve climate change and greenhouse gas emission targets. The City of Vancouver is leading the way with a mandate for net zero new buildings by 2020. The province of BC is considering initiatives to advance building energy efficiency and New York City has identified Passive House as the approach it intends to take to improve their buildings. Numerous other jurisdictions have adopted or are considering policy alternatives to substantially improve building energy efficiency.”

The conference saw the launch of the first NAPHN Design Awards. Bronwyn Barry and Ken Levenson, directors at the North American Passive House Network presented Cover Architectural Collaborative with the award for its multifamily Passive House residence in Nelson, BC. Dr. Guido Wimmers of the University of Northern BC received the Harold Orr Award for his Canadian Passive House contribu-tion.

CanPHI West, the hosts of NAPHN15, has started planning the next event for 2017. For more information and Pas-sive House courses visit www.canphi.ca.

The next North American Passive House conference will take place in New York in 2016. Visit www.naphnetwork.org for details. For information on Passive House courses in Canada visit www.canphi.ca.