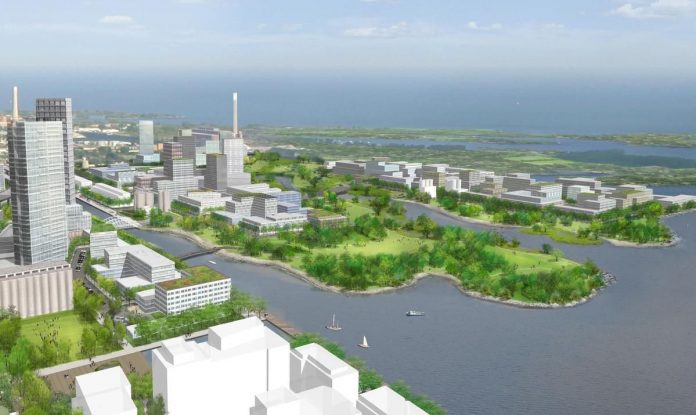 The Ontario government is altering the approval process to allow development of the Lower Don Lands area in Toronto.

“By reducing Ontario’s regulatory burden we’re smoothing the way for the first of many projects in the Lower Don area and sending the message that Ontario is open for business,” Minister of Municipal Affairs and Housing Steve Clark said in a statement.

“Making a simple change in the Building Code specific to the Lower Don Lands means construction can happen at the same time flood protection infrastructure is being put in place. To protect health and safety, the Building Code amendment also prevents the buildings from being occupied until the flood risk is removed,” Clark added.

The government believes that streamlining provincial approvals with “the City of Toronto will bring the project to market faster and will enable private and public infrastructure construction that will add an estimated $5.1 billion to the Canadian economy.”

“We’re making government work harder, smarter and more efficiently to make life better for the people of Toronto and everyone in the province,” Clark added.

The Lower Don Lands is a 308-acre area that runs from the Parliament Street Slip east to the Don Roadway and from the rail corridor south to the Ship Channel. It is waterfront Toronto’s most complex and ambitious project to date. Planning for the area needed to address a myriad of requirements and challenges including flood protection, infrastructure, urban design and transportation, plus a comprehensive process was needed to produce a master vision to integrate the various components.

The project will create more than 50,000 new jobs.