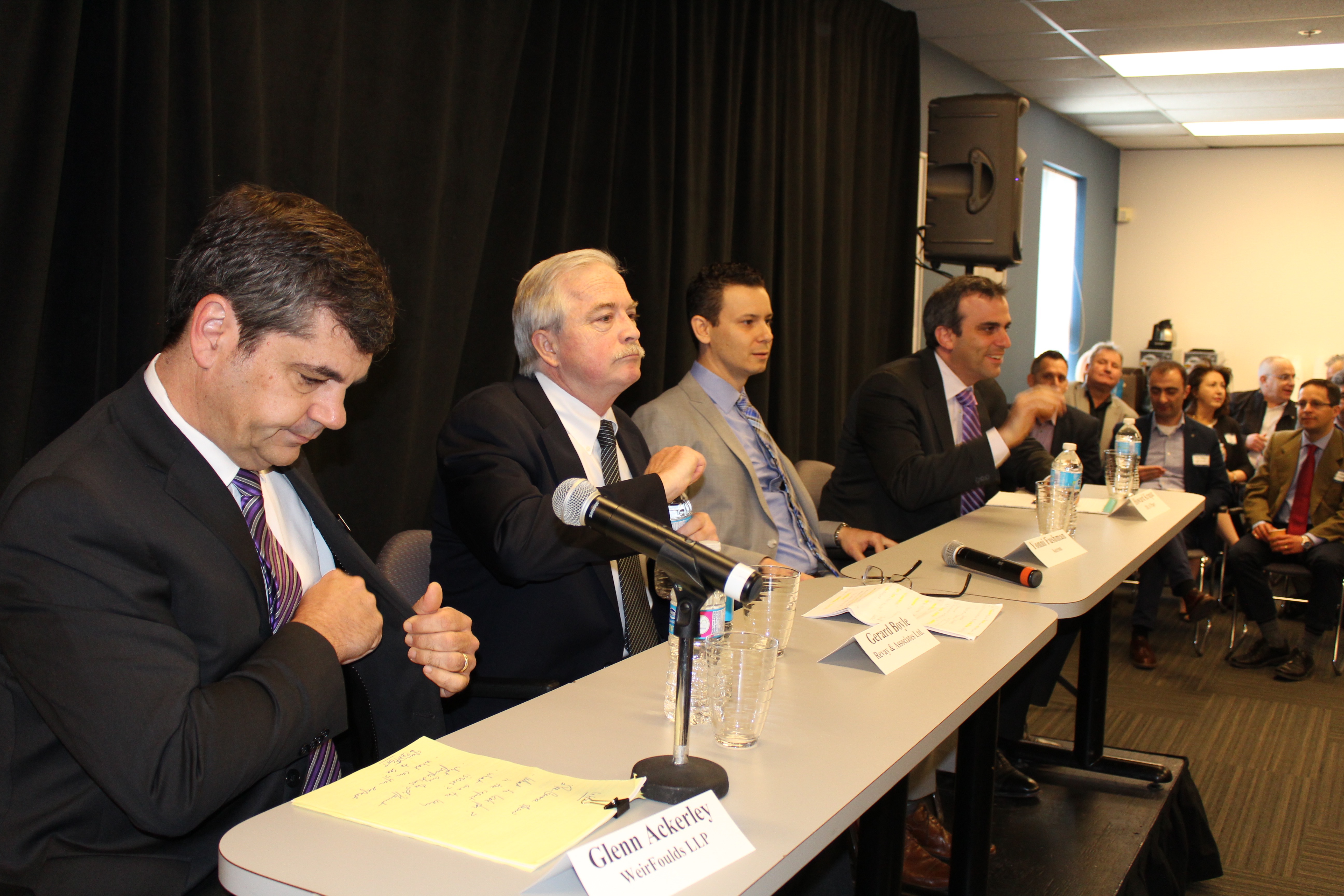 A month after Bruce Reynolds and Sharon Vogel submitted their comprehensive report on recommendations for changes to the Construction Lien Act, there is still silence from the provincial government about the review’s contents, and how and when it will be implemented.

The Toronto Construction Association (TCA) announced Reynolds would be the guest speaker at its May 11 Members’ Day, expecting the report to be released by then, but Reynolds, billed as the guest speaker, couldn’t show up because the report had not been made public.

When will the Construction Lien Act review be released?

“We were optimistic” until the last minute that the report would be released and Reynolds would attend, John Mollenhauer, the TCA’s president and CEO, told a packed meeting room where the audience was waiting to hear from Reynolds. “The report is 299 pages long, has dozens of pages of appendices, with 14 chapters and 100 recommendations. They (government officials) have to assimilate the data, brief the ministers and then release it. It’s probably two or three weeks to release publicly.”

However, while the report could not be public, panelists at the TCA gathering sought to explain what would likely be in it in a forum moderated by construction lawyer Glen Ackerley, a partner at Wier-Foulds LLP, and one of 13 members of an advisory group which he said “Bruce and Sharon bounced ideas off.”

Ackerley said the existing CLA is 33 years old. “At that point I was typing essays on a Commodore 64,” he said. “Technology has moved forward, but the Lien Act has not. Projects are much more complicated, relationships have grown much more complex, project delivery models like the AFP model came in since the act was passed. There are situations where the act has not kept up.”

He said there have been very few changes with the legislation in the more than three decades since its introduction.

The challenge in making changes – and a partial reason for the long delay in dealing with the act – relate to the various vested interests and perspectives, each with their own perspective, coupled with the fact that the CLA could not be considered a central political priority.

These conditions changed when trade contractors pushed forward with their objectives to introduce prompt payment legislation, which resulted in a private members’ bill (Bill 69) that went through committee but was stalled after a public outcry by key stakeholders, including owners who believed their needs were not considered in the act.

The solution: Reynolds and Vogel were contracted to develop a solution, which could involve revisions to the CLA and/or some form of prompt payment legislation. They would “do what is right in the interests of the industry,” Ackerley said. “They could recommend something everyone wouldn’t agree to – everything is on the table.”

The concept of a “quick and dirty” adjudication process, which has been applied in other jurisdictions, sees a mandatory decision set quickly by an adjudicator “selected by the two parties” and the decision can only be appealed to the courts after the project is completed.

In effect, he said, this process gives some advantage to the contractor or subtrade making the claim, as work can be done privately preparing the arguments, and the other side (perhaps the owner or general contractor) won’t have much time to file a response. However, the “pay now, argue later” approach allows the project to move forward and for matters to be sorted out without excessive delay. Very few cases actually go to litigation afterwards, he says.

Yonni Fushman, vice president and general deputy counsel, Aecon Group Inc., said the Bill 69 prompt payment “was like a nuclear missile approach rather than a fly swatter.” He said the industry is incredibly complex. Can the same legislation apply to a $1,000 renovation and a multibillion Public/ Private/Partnership (P3) project?

“Everyone has issues with cash flow,” he said. However, there can be many different reasons for payment delays.”

“The current legislation requires a fight,” he said. “It is a multiyear process. You are paying interest on money that you are borrowing. That’s where adjudication becomes an interesting option.” It would be better than just putting a lien on the project, where holdbacks and payment delays can stretch for years.

Howard Krapat, partner at DLA Piper, also said that the adjudication process might combine a solution to the Lien Act’s costly delays and consequences for prompt payment.

Ackerley said the key may be three concepts, “woven together in some fashion” including prompt payment rules, a new adjudication process, and these two ideas married with the existing lien legislation. He said there is a fourth issue – how money is handled within a construction project, specifically the trust account concept.

The CLA’s trust provisions “is sort of a second protective remedy, which comes up frequently in insolvency proceedings,” Krapat said. But this has another layer, because of conflicts at times with the federal Bankruptcy and Insolvency Act – which receives priority in considering the rules.