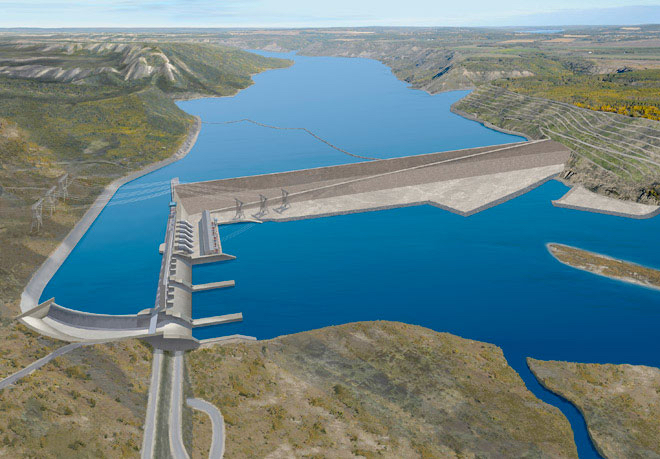 The British Columbia government’s review of the $8.9 million Site C hydroelectric project will include an assessment of the consequences of one of the project’s three prime construction contractors’ receivership.

Calgary-based Petrowest Corp., which has a 25-per-cent stake in the construction partnership, was forced into court-ordered receivership this week by its banking syndicate, which had demanded immediate repayment of all amounts it was owed, The Vancouver Sun reports. The contractor had exhausted a $40 million revolving credit facility by the end of 2016 and there was another $35 million revolving loan.

Ernst & Young has been appointed as receiver.

The company has also received a notice of termination from Peace River Hydro Partners, the project consortium it was a part of that also includes Acciona Infrastructure Canada Inc. and Samsung C&T Canada Ltd., The Sun reported. Each hold an equal share of the remaining 75 per cent stake in the partnership.

“The BCUC (BC Utilities Commission) will assess the economic viability of the project. As such, we anticipate that the review will fully canvas any ramifications associated with the notice of termination,” B.C. Energy Minister Michelle Mungall said in a written statement.

The review by the new NDP government is due to be delivered by Nov. 1. It will determine whether the mega-project should be completely cancelled, paused, or continue.  The project currently employs 2,200 people.

The Site C dam project, started under the Liberals in 2014, has been defended by B.C. Hydro as a necessary way to provide clean, reliable power for the province’s future needs. However, the NDP and Greens have called it a costly boondoggle when alternative wind, solar and geothermal power sources were not properly investigated.

Hydro has spent $1.75 billion so far on Site C construction. There is another $4 billion in contract commitments.

BCUC officials said they expect the inquiry to cost $4 million to $6 million, which will be billed to B.C. Hydro.

Petrowest had been providing large equipment and earthmoving services for the project. It reported in financial statements losses of $6.2 million in the first half of 2017 following losses of $59.4 million in 2015 and 2016.

Petrowest said in a news release that a bridge loan from lenders arranged in May was fully drawn and there were no additional sources of credit or funds available.

“Accordingly, the company’s board of directors have consented to the appointment of a receiver and intend on resigning immediately upon such appointment,” said Petrowest.

B.C. Hydro spokeswoman Mora Scott said in a written statement that the Site C contract is set up so that if one partner is unable to continue, the other partners are responsible for completing the work.

The evaluation and award of the main civil contract considered the overall makeup of the joint venture, said Scott.

“Both Acciona and Samsung are large multinational companies with extensive experience in large infrastructure projects and we are confident they have the ability and resources to complete the work,” she said.