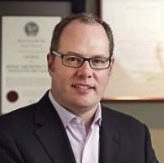 The Ontario Association of Architects (OAA) has taken on the challenge of overcoming municipal Site Plan Approval (SPA) delays, suggesting that the current systems for approving residential and commercial projects are costing millions of dollars to the economy. The OAA suggests that options applied elsewhere – including development permit systems in Vancouver and Edmonton – could be the answer.

Yet OAA president Toon Dreessen indicates that so far the OAA’s advocacy on the issue has fallen on deaf ears. No Ontario municipality outside of the tiny Lake of Bays community in the cottage country Muskokas has introduced a development permit system and so far there has been official silence to the OAA’s comprehensive study conducted by Bousfields Inc. and the Altus Group released in October 2013.

Dreessen says the OAA is raising the issue again as the provincial government begins a review of the Ontario Municipal Board (OMB), the provincial regulatory agency for municipalities. “By all accounts, the review will pit community groups, developers and various levels of government against each other and be a hotly contested debate,” the OAA said in a statement. “One way or another, the outcome of the review will have a major impact on the future of development in Ontario.”

The challenge: “Planning departments work in bureaucratic ways; there is a very real sense of paper pushing bureaucracies,” he said. “The mechanics of getting planning approval, the ability to take leadership and stand out and make a positive change, it is much harder when there is this intensive sense of inertia.”

The problem: The multiple layers of review, revision, delay and conflicting demands in the site plan approval process, for projects that themselves should not be controversial or complex. These projects comply with existing zoning requirements, but are bogged down in the system and, Dreessen says, cost truly incredible amounts of money because of the processing delays.

As an example, the researchers, considering carrying costs and lost economic opportunities, have estimated that the SPA delays cost per month:

“Multiplied across all the developments in the province, those numbers quickly add up, and it’s Ontario homebuyers that pick up the tab,” the OAA says. “Each additional month of delay has major implications for affordable housing, housing affordability and municipal revenue. And the story only gets worse when you factor in businesses and industries.”

Dreessen says the existing SPA challenges are “disheartening to smaller scale developments” and “leaves development to those with deep enough pockets” (to pay the carrying costs); ultimately transferring them to the end user.

“There are very few places where there is any consistency on this at all,” he said. “That is one of our concerns.” The model is so inconsistent, not only in the process but in the costs associated with it.”

The solution, Dreessen says, is a development permit system, where “approvals are delegated to staff, and there is no additional city council approval system.”

Under this process, developers would submit their site plans with a check box list to ensure that everything complies with zoning and regulatory requirements and, if all is in order, they would automatically be issued a site plan permit as a precursor to a building permit. This approach, Dreessen says, would speed up the process for simple and smaller scale projects. There still would be oversight and review for larger projects and of course any initiative that stretches outside of the conventional zoning requirements.

The new approach would end the confusion as various stakeholders and bureaucrats introduce their own often conflicting perspectives. “In one case, there was a situation where a driveway was moved from one side of the building, then the other, and back again, for a simple project,” Dreessen said. “With the constant back and forth you end up feeling like a ping pong being bounced around, with conflicting instructions and deadlines.”