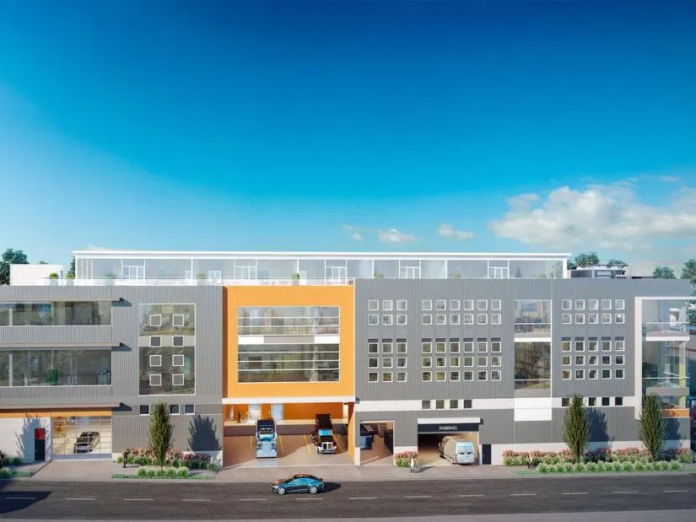 The planned structure at 1055 Vernon Dr., will occupy the former site of Able Auctions.

Hazardous material remediation is set to begin at the property in mid-May subject to permit approval. Then PC Urban hopes to begin construction late this summer, said developer Brent Sawchyn.

“We’ve actually been using it as a movie set for the last two years for filming of things like iZombie because it’s pretty creepy down in the bottom with all the meat lockers,” Sawchyn said, describing elements of the original building from an occupant even before the auctioneer used the location.