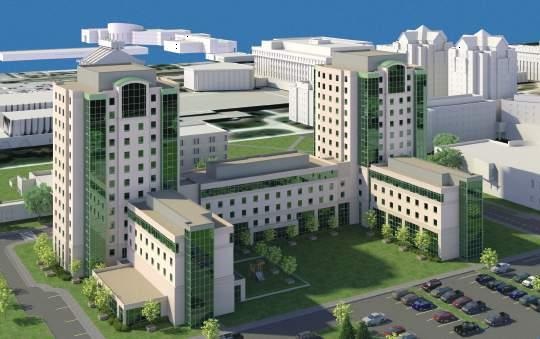 A new $83 million, 14-storey University of Regina residence will add 606 on-campus beds, 139 underground parking spaces and 90 new daycare spaces. It has been named Kisik Towers as part of a campus-wide initiative to reflect the university’s aboriginal connection.

The university had earlier announced an overall strategic plan to indigenize the campus, recognizing its location on Treaty 4 and Treaty 6 lands. The Kisik name (pronounced kee-zhick), comes “from the Saulteaux language, meaning ‘sky,’ because it’s the tallest building on campus,” univer-sity president Vianne Timmons has said.

Westerman says this residence will allow the university to accommodate about 14 per cent of its students on-campus; the western Canadian average. The project also increases the total number of available daycare spaces on campus to 180. “The daycare spaces are allocated on a first-come basis with priority going to students, then staff, and then the remainder are open to the public.”

He says the design and construction of the residence has been driven by sustainability. There is in-floor heating and cooling and exhaust air heat recovery. Fixtures have also been chosen to balance student living with controlled water usage.

Marquardt Mechanical ULC managed the project’s mechanical disciplines. Project manager Justin Henderson says the radiant in-floor cooling design is more common in Europe but is slowly gaining traction here. The design required 350,000 ft. of tubing be laid which he says means essentially his “crews crawled from Regina to Moose Jaw on their knees.”

He says the tubing installation required that large areas of the building be inaccessible to other trades. Installing tubing quickly was a sensitive schedule challenge that required collaboration between his company and the project team to ensure other trades were not delayed.

Designed essentially like a hotel with suites down corridors and compact living spaces, Henderson says the work was repetitive and created both challenges and efficiencies. “We developed a system of fabrication that al-lowed us to minimize cutting and fabrication at the point of install. We also had the challenge of fitting the ductwork into ceiling spaces without compromising heights.”

Tying into the university’s central plant, the residence uses chilled water and steam for its heating and cooling. “There are heat recovery wheels on the make-up air-handling units to help with efficiency and the in-floor system will draw water from the return side of the make-up air units for use in the in-floor cooling loops.” Henderson says this design methodology will increase the water temperature returning to the plant which will allow the central plant chillers to run more efficiently.

Henderson says Marquardt Mechanical ULC, who has also completed other projects on the campus, has a good understanding of what the university wants and the typical challenges of a project of this scope. He says an open relationship with the university’s facilities management helped the project run smoothly

“We had weekly walk-throughs with the university’s staff and the engineers to identify issues so we could make changes along the way without the extra cost of re-work and to minimize end of project deficiencies.”

Understanding the buildings will be occupied largely by first and second year students who have the potential for heavy wear and tear, and may be away from home for the first time, Westerman says an effort was made to ensure finishes were durable but also felt homey.

“Gathering spaces have been created within the building’s towers to allow students semi-private gathering spaces and on the top floor both towers have multi-function rooms with kitchens and extra capacity for events.”

Westerman says the design of the building and its accompanying underground parking also created a unique opportunity for creativity in outdoor spaces. “The building doesn’t cover the whole of the parking lot underneath so a green roof was added to the top of the parking garage which will disguise its presence and also create a massive and somewhat private gathering space that will be acces-sible to the daycare.”

He says there were typically about 150 workers on site during construction and that one of the biggest challenges was finding local and available skilled sub-trades. “We ended up having workers here from Alberta and Quebec to get the job done.” 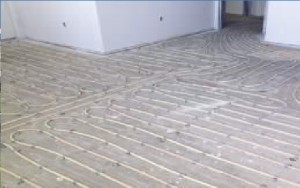