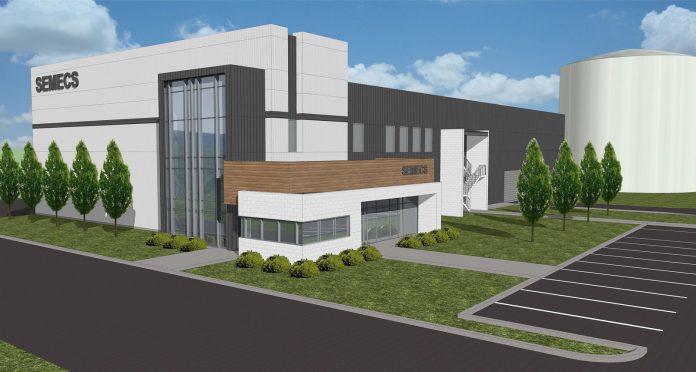 Construction has started on a major waste to gas (biomethenation) project in Varennes, Quebec, to be operated by the of the Société d’économie mixte de l’est de la couronne sud (SEMECS).

The SEMECS project will facilitate the treatment of organic waste generated by residents of the regional county municipalities (MRCs) of La Vallée-du-Richelieu, Marguerite-D’Youville and Rouville. The new biomethanation facilities will be able to efficiently reclaim organic material from various sources and convert it into renewable fuel or biogas, a government news release says.

Once purified, the biogas will be used as fuel for the Quebec GreenField Ethanol Inc. refinery, and will replace a portion of the natural gas that the company uses in its processes. In addition, farmers who sell their crops to the refinery will be able to use the digestate produced in the biomethanation process as an organic amendment. Local residents will be able to have their food waste, green waste and septic tank sludge treated by local firms rather than having it sent for disposal.

German based BTA International GmbH (BTA) and its partner and licensee for North America, CCI BioEnergy Inc. (CCI) say they have been selected by SEMECS, a public-private partnership between Biogaz EG and a collection of 27 area municipalities, to design and supply the BTA process for the project.

“Together, BTA and CCI will first deliver a services package, beginning with the facility and process design phase and continuing through into the daily operations phase.” BTA says on its website.

“Construction supervision and the planning and supervision of the commissioning and start-up are also integrated into the solution delivery. BTA will be responsible, under a separate agreement, to deliver the key equipment and software components of the BTA process into the project,” BTA says.