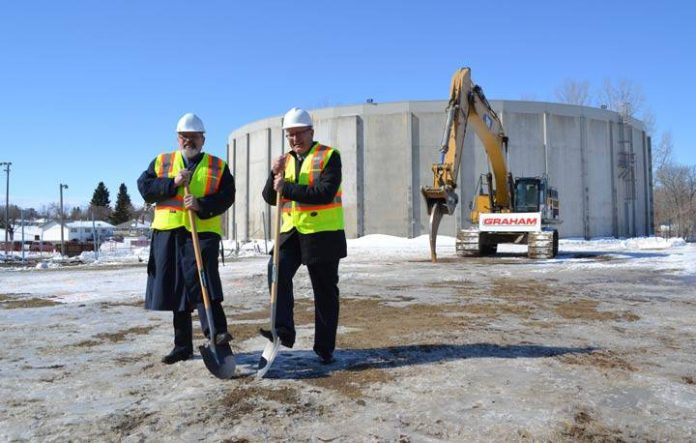 The project next to the existing reservoir at the city’s water treatment plant will be funded with $6 million in federal funds and $3 million from the province. The city will cover the remaining costs.

Prince Albert Mayor Greg Dionne said the project will increase local water capacity and ensure that enough good, potable water will be on hand should problems with the water supply arise. He said the Husky oil spill in 2016 was an eye-opening experience for city officials and residents as supplies were limited and the city’s reserves had a capacity of just a couple of days.

“I give the province credit. Once the oil spill happened, they met with us and said ‘What could we do better?’ (and) one thing we realized we needed is storage facilities,” Dionne said. “It’ll take us probably from three to four days, to seven to eight days, so it’s almost doubling our capacity and that’s a big plus for us.”

Dionne said the city borrowed money to finance its share of the cost for the water reservoir. The money will be paid back from the city’s utility fund over a 10-year period, Dionne added.

“With today’s interest rate, that was the best way to go instead of dipping into our reserves,” he said.

Dionne said the city expects to make another announcement about a third water reservoir, also financed over a 10-year period.

“When all these projects are done, we’re going to have four almost-brand-new reservoirs, so the citizens can feel comfortable that we’ve got lots of clean water in storage,” he said.