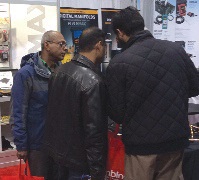 “CMPX continues to be the biggest HVACR and plumbing show in Canada and it has achieved an unmatched track record over the past 40 years,” he said. “The show theme is, ‘one show – the entire industry’ and that is a powerful attraction to exhibitors and attendees alike. CMPX has proven to be the most effective way to meet with the entire mechanical industry, all under one roof, for three exciting days of networking, education and new technologies.”

The show is jointly presented by The Heating, Refrigeration and Air Conditioning Institute of Canada (HRAI) and the Canadian Institute of Plumbing and Heating (CIPH).