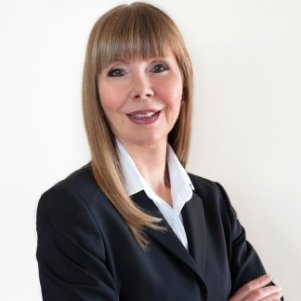 By Sharon Barney
Special to Canadian Design and Construction Report

If your corporate marketing department says that the company values gender equity, can you honestly agree that those claims are authentic when the top levels of management are 95 per cent male?

A recent study from Stanford Graduate School of Business found that consumers “really want the real thing”: it’s called ‘the value of authenticity.’

The researchers found that ‘authenticity’ is so valued by consumers and the public that perceptions of ‘inauthenticity’ can affect revenues by five to nine per cent.

AIG lost 20 per cent of its shareholder value after the bailout, says Corporate Responsibility Magazine. The public wants truthfulness from its corporations.

Authenticity is where the rubber meets the road: the marketing department can market a brand identity as a company that values gender equity, but the brand’s image can be tarnished by management that does not back up those marketing claims with meaningful action.

A corporation may be voted as one of the top 10 companies to work for, but if the large majority of survey respondents are male, it cannot be assumed that female employees hold the same view.

In fact, studies show that women working in heavily male dominated companies do not believe their employers are authentic in their claim to value gender equity.

A recent study called “Climbing the Technical Ladder” surveyed 1,800 technical employees and found that women are significantly less likely than their male colleagues to view promotions at their companies as fair.

Researchers in the UK and Australia found that younger women in engineering positions in construction become disillusioned with their career choice because of the gender conflicts they experience despite their employers’ claim to value gender equity.

These women tend to leave the industry early on in their careers at a higher rate than their male colleagues.

In speaking to groups of female engineers, I repeatedly hear about small but significant examples of gender bias that wear away their confidence and job satisfaction.

A female mechanical engineer said that when she worked for a major auto supply company, male customers would often not believe what she told them and would ask to speak to one of the ‘guys at the back.’

Another female engineer related an incident when she was in a teleconference and the male client asked to speak to one of her male co-workers because he didn’t believe she knew what she was talking about.

Yet, women working in masculine cultures will hide their feelings of dissatisfaction because they fear backlash and being labelled as ‘too emotional.’ This too is a reflection of a lack of commitment to gender equity in a corporation.

This disillusionment creates a domino effect on employee satisfaction and retention of current employees as well as the ability to recruit new talent.

So what can a construction company do to build an authentic brand image as a place that values gender equity?

Sharon Barney, MBA, is a consultant, speaker and advocate for gender equity in construction and engineering.
Visit her at ca.linkedin.com/in/sharonlesleybarney or by email at sharonlesleybarney@gmail.com.