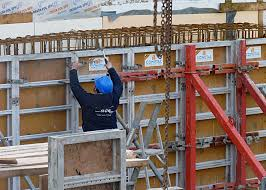 The BC Construction Association (BCCA) has reported better than expected results for BC’s skilled workforce, in key figures released for the industrial, commercial, and institutional construction sectors in the province.

The association reports that “one of the biggest gains comes in the ratio of B.C. high school graduates entering construction trades training programs within one year of graduation.”  Numbers in 2013 showed one in 93 students pursued trades training after high school. The 2016 results show that has increased to one in 69.

BCCA president Manley McLachlan, said: “Our youth are getting the message that the trades can be a very rewarding and lucrative career path. Even so, we would need one in ten high school graduates to enter the trades in order to have enough skilled journey people for the jobs that are coming.”

BCCA also reported that Buildforce Canada had revised its estimate for BC’s skilled worker shortage earlier this year to 15,000 by 2025, lower by 51 per cent than its 2013 estimate.

“It’s very important to understand that the main reason for the predicted skilled worker shortage is retirements,” McLachlan was quoted as saying.  “If liquefied natural gas projects go ahead, the gap gets even bigger.  Do not make the mistake of disregarding the worker shortage because of lack of progress on the LNG side. The workforce pressure is on regardless.”