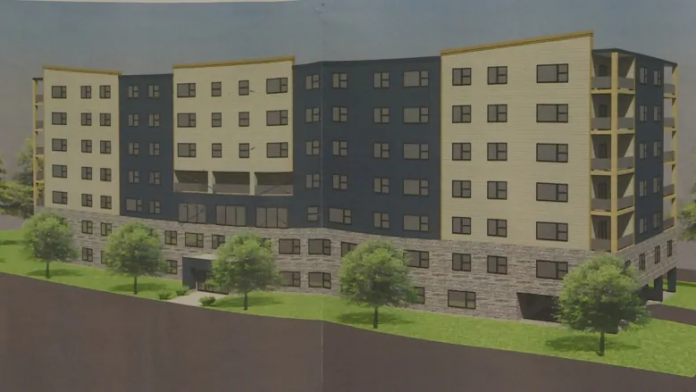 A Prince Edward Island builder says it has plans for a seven-story, unit building in downtown Summerside that will be the island’s tallest apartment building.

“If we can take it from the proposal phase to the building stage and put people in these units in a great location, downtown Summerside, it will be a great thing for the people, you know on the waiting list with the province,” he told the Canadian Broadcasting Corp. (CBC).

Arsenault said stakes are in the ground on-site and an environmental assessment of the property was done last month. He said the construction company is still working toward securing financing from the Canada Mortgage and Housing Corporation to complete the land purchase.

The proposal still needs to be approved by the province and the City of Summerside and officials with the city said nothing is set in stone yet. Once the proposal is approved, construction would be complete in one to two years, he said.

“Right now we’re in the final stages of that process and hoping to get the go-ahead in the next few weeks and then start construction as soon as the snow is gone,” Arsenault said.

Arsenault Brothers Construction has built a number of multi-storey buildings on the Island, as well as in Halifax and St. John’s. The company is also a subcontractor on the new six-storey hotel currently being built in Charlottetown.