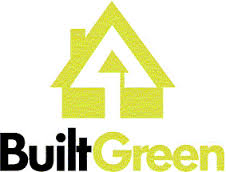 Parallel to National Environment Week, Built Green Canada issued its second annual challenge to municipalities across the country to encourage sustainable building policies, the organization announced in a news release.

The challenge is marked by a growing number of municipalities including Edmonton, Penticton, Regina, and Saskatoon who have proclaimed June 3 as Built Green Day, while more municipalities are endorsing third-party certified programs, including Built Green Canada’s, toward creating sustainable communities.

Built Green Canada recognizes municipalities may not be able to favour one program over another and therefore encourages municipalities to include its programs, alongside other sustainability programs, as an option to endorse. Municipalities that incent builders to build more sustainably reduce the load on civic infrastructure including water, electrical, and waste. The savings from this reduced load help municipalities implement rebates and incentives for environmentally responsible builders—savings that ultimately give municipalities a competitive edge.

“We have the privilege of working with progressively minded municipalities, builders, and other key players in the industry showing tremendous leadership for a more sustainable future,” says Jenifer Christenson, Built Green Canada executive director.

Both in British Columbia and Alberta, municipalities are showing leadership by endorsing Built Green certification. “Builders continue to step up as certified projects are on the rise—they’re really leading the way.”

In British Columbia, total single family enrollments for first quarter 2015 surpassed first quarter 2014 by  750 per cent. These first quarter 2015 numbers also surpassed 2014 year-end numbers by 25 per cent. Meanwhile, Ontario will see its first Green Seal Renovation project certified within weeks—a program delivered exclusively in this market by Built Green Canada. The renovated home, owned by Mike Schreiner, leader of the Green Party of Ontario, says he chose Green Seal due to “its practical, no-nonsense approach that respects the challenge of original structure integration”.

This year’s National Environment Week theme of “Embracing Life on Earth” draws attention to all aspects of a healthy environment, the news release says.

Built Green Canada is an industry-driven, national organization offering programs for residential building and since its inception has completed over 23,500 certified homes—including the units in multi-storey projects, the total is over 25,750.