We’ve searched for the 10 leading businesses and consultants serving the Canadian Passive House community. The alphabetical list below represents a who’s who of the relatively new, but increasingly influential community of designers, materials suppliers, contractors and consultants who truly understand the Passive House concepts, and how to implement them effectively.

Each is worthy of special recognition.

Michael Nemeth, a professional engineer with LEED certification based in Saskatoon, applies Passive House and zero energy sustainable building methods to create spaces that bring in the light and keep out the cold. He served as the passive house consultant for the Souls Harbour Rescue Mission Samaritan Passive House Project in Regina.

This Nelson, B.C.-based organization says it is a “multidisciplinary firm working across a range of scales and disciplines, including public art, architecture, urban, interior, and industrial design.” Among its recent projects is the Subaru dealership in Red Deer, Alberta, the world’s first built to Passive House standards.

Vancouver-based Cornerstone Architecture received the Environmental Performance Award from WoodWORKS! BC in 2018 for The Heights, Canada’s largest building designed to the Passive House standard when constructed. The mixed-use structure “has been instrumental in setting the Passive House standard for multi-unit residential projects in Vancouver,” the award citation says.

This Ontario company imports and distributes European building products, providing materials that make Passive House construction possible. It constructed its own headquarters addition with Passive House materials and design in 2016.

This Hamilton, ON-based architect is applying Passive House approaches to designing the Blossom Park Supportive Housing Redevelopment in Woodstock, Ontario – creating a project that will have significantly lower operating costs than a conventionally-designed structure.

“Design must be responsive to the site and surrounding community,” the architects say in their design philosophy statement. “Solutions should respect existing conditions of cultural and historical sensitivity and significance. We strive to achieve appropriate solutions that reinforce existing positive qualities and overcome negative situations.”

Metric Modular, based in Agassiz, B.C., traces its roots to 1977, evolving to capture the trend towards modular/factory-built construction and, most importantly, Passive House energy savings. One of its projects, the Yale First Nations Passive House Fourplex, completed in 2017, had $20 energy bill after its first month of occupancy “which will be an on-going savings that will make a lasting and positive effect to the economics of this community,” the company says.

Natasha Pearce, an AET graduate from the Nova Scotia Community College and program manager at Efficiency Nova Scotia, became Canada’s first Passive House Verifier in 2017. The Canadian Green Building Council, in awarding her with the Emerging Green Leader Award in 2017, said she “is dedicated to the advancement of energy performance in new home construction by increasing green building literacy and raising awareness about the importance of low energy buildings.”

Andrew Peel, of Peel Passive House Consulting, is one of the Canadian Passive house movement’s thought leaders. “Our vision is to see the world class standard achieve mainstream adoption throughout North America,” says the Ontario-based consultant’s website. One of its most interesting and successful initiatives is serving as consultant for the design of the world’s first Passive House car dealership in Red Deer, Alberta.

Recollective Consultants, based in Vancouver, says in its core statement: “We facilitate the creation of a built environment that respects nature and enhances community.” Accordingly, the organization engages and designs to Passive House standards.

The consultants are working on what will be the world’s tallest Passive House development, 1400 Albeni, in Vancouver. When the project is completed, there will be two residential towers (43 and 48 storeys) occupying 60,398 sq. m.

Zouari also contributed to regional knowledge about Passive House concepts through her engagement with Ottawa’s Construction Specifications Canada (CSC) chapter. She has taken her design skills to a new federal civil service career. 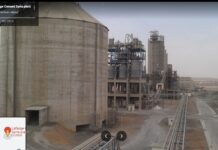