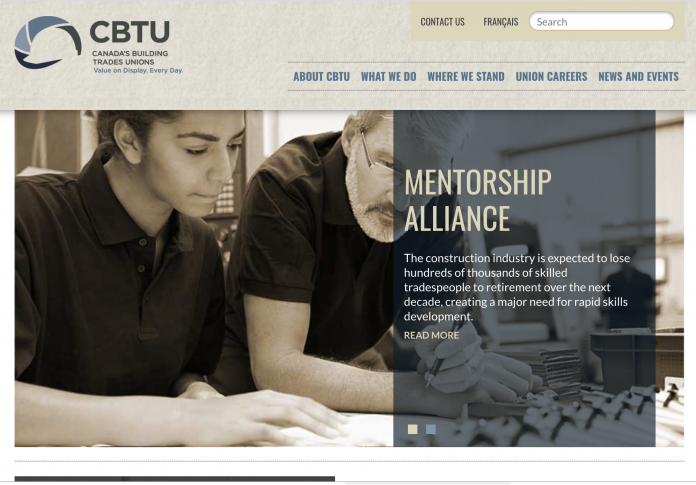 “The USCMA – the renegotiated NAFTA deal – was a result of Prime Minister Trudeau and his government’s efforts to stay at the bargaining table until a progressive trade agreement could be reached that worked for all three countries,” said CBTU chief operating officer Robert Blakely said in a statement. “This deal includes a progressive and fully enforceable labour chapter – language much stronger than anything that was found in NAFTA. It ensures the benefits of growth through trade will be shared more equitably amongst workers in Canada, and the US and Mexico.”

The USCMA also includes strong language related to labour throughout, requiring all three countries to commit to protecting and promoting internationally recognized labour principles and rights, including the right to freedom of association and collective bargaining, the elimination of child and forced labour and laws ensuring acceptable work conditions with respect to minimum wages, hours of work and occupational health and safety.

It requires measures to protect against discrimination on the basis of gender, gender identity and sexual orientation, including stronger provisions than have been found in any other trade deal. In these ways, the USCMA is an upgrade from NAFTA. It also includes the removal of the Investor-State Dispute Settlement Clause which allowed private investors to sue governments for decisions that hurt profits, even when those decisions were in the public interest.

“These changes will protect high wage workers – and all workers’ rights, including the language on recognizing Canada’s Indigenous Peoples, something that is a key to a progressive and inclusive trade deal,” said Blakely. “Canada’s Building Trades Unions believe that the USCMA will not only allow Canadian businesses to grow by opening our markets, but gives workers a fair chance to share in the benefits of free trade.”