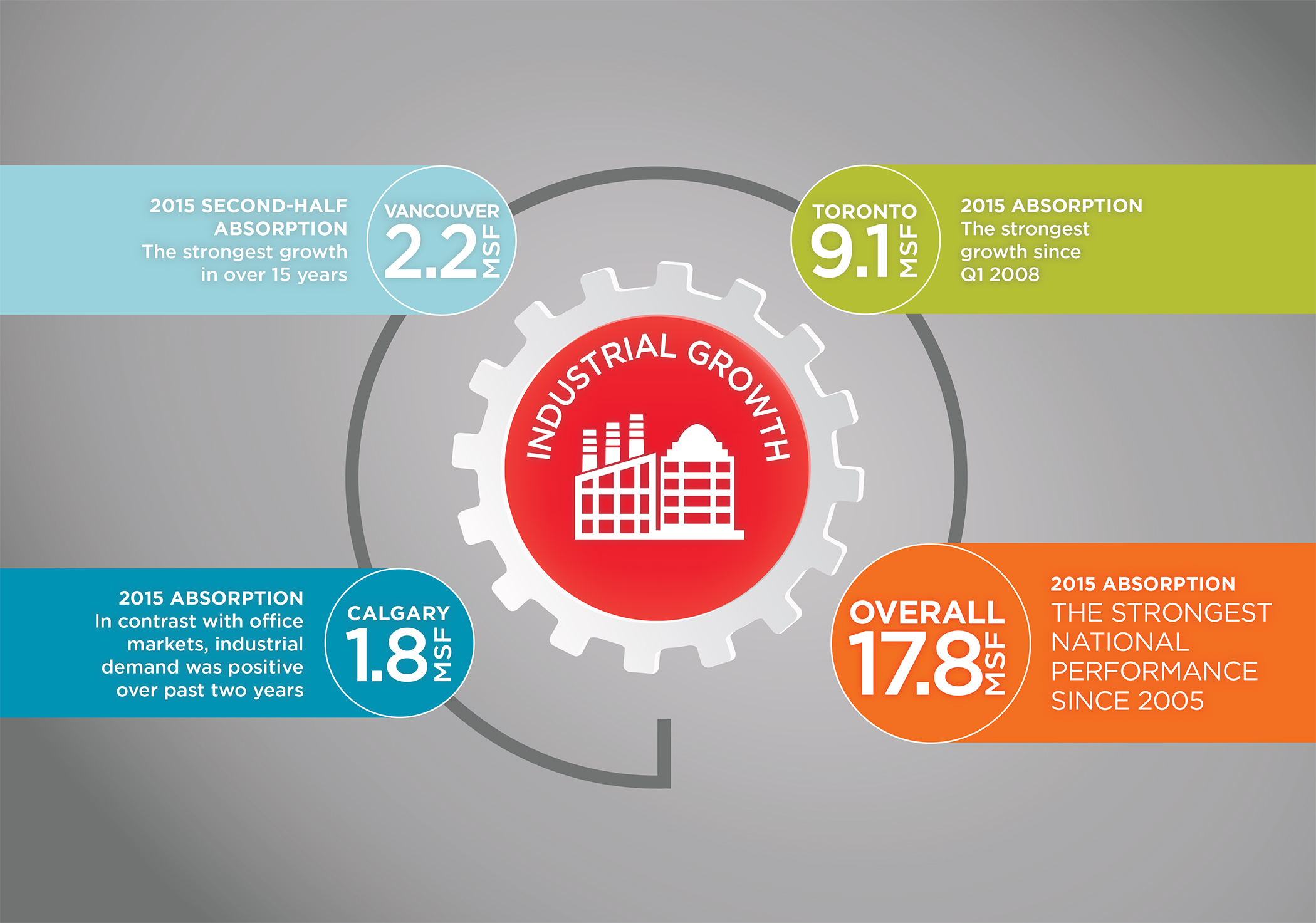 Canada’s major industrial real estate markets — Vancouver, Toronto, and Montreal — entered a new era of growth in 2015 — in some markets breaking pre-recession absorption records — and are set to have another banner year, according to a special report released today by Cushman & Wakefield.

The report, called A New Era in Industrial Real Estate points out that Canada’s industrial markets, including Calgary’s, were steadily gaining traction through 2014 and 2015 while many office markets were feeling the pain of the oil shock and choppy national and global economic conditions.

Last year, occupiers of industrial property across Canada absorbed 17.8 million sq. ft. (msf) of space, making it one of the “hottest growth periods” in the sector’s history, says the report. The Greater Toronto area — the third largest industrial market in North America — saw vacancy plunge to 3.7 per cent in 2015, due largely to increased e-commerce-related demand for warehouse & distribution space.

The market growth is being fuelled by low energy costs, a competitive Canadian dollar, low interest rates, growing U.S. demand, and the evolution of e-commerce.

“What took me by surprise, is that Calgary didn’t see a single quarter of negative absorption for two years ending in the four quarter of 2015,” said Barron. “That’s remarkable considering the magnitude of the energy bust on the downtown office market, and speaks to the dynamics and resilience of industrial real estate.”

“The markets that will roar in 2016 will be Vancouver, Toronto, and Montreal,” he said. “Generally, we expect to see tightening industrial markets, new developments, and upward pressure on rental rates in key regions and markets.”

To learn more on this findings of this report click here.