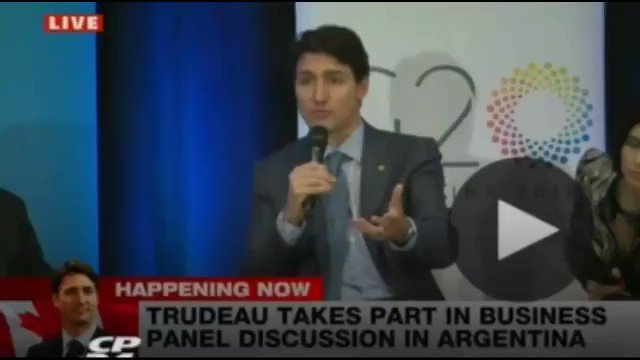 Prime Minister Justin Trudeau’s words about the construction industry’s gender inbalanceat the recent G20 Summit in Argentina has resulted in some controversy and push back from the Canadian Construction Association (CCA).

Speaking at a panel discussion with the G20 Business Women Leaders Task Force, Trudeau said, “Even big infrastructure projects, you know might now say, ‘well, what does a gender lens have to do with building this new highway or this new pipeline or something?’ Well, you know, there are gender impacts when you bring construction workers into a rural area. There are social impacts because they’re mostly male construction workers. How are you adjusting and adapting to those? That’s what the gender lens in GBA (gender-based analysis)-plus budgeting is all about.”

Our president @MaryVanBuren would be happy to discuss how #CDNConstructionGives with Prime Minister @JustinTrudeau. pic.twitter.com/iY5Y35EeA5

“The construction industry has been working very hard to be inclusive,” she said  “Our members from across the country employ women, Indigenous, new Canadians, youth and apprentices among others. They do a lot of good in their communities and on the jobsites.

“Prime Minister Trudeau’s regrettable remarks only serve to reinforce the negative stereotypes and it also undermines our efforts to attract more people to the industry at a time when there is also a workforce shortage. The government is planning to invest $180 billion in infrastructure and we’re working hard to attract workers to the industry including underrepresented segments.”

The CCA tweeted “Our president @MaryVanBuren would be happy to discuss how #CDNConstructionGives with Prime Minister @JustinTrudeau.”