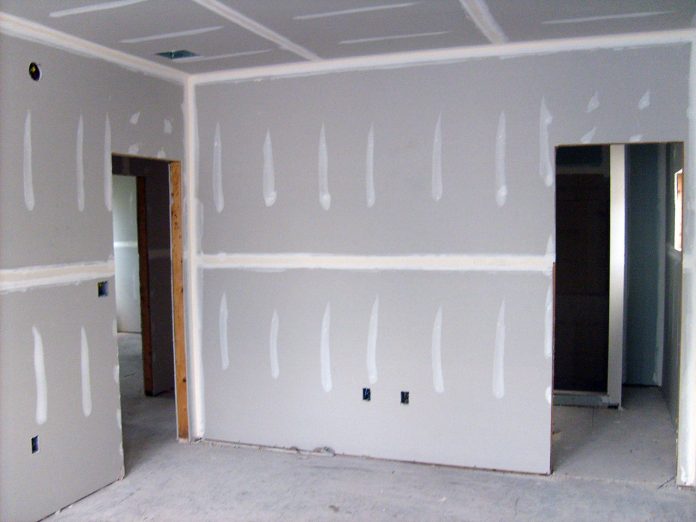 The Canadian International Trade Tribunal (CITT), after responding to an outcry of complaints from builders and drywall contractors, has recommended that anti-dumping duties in western Canada be temporarily eliminated, then replaced at a significantly lower rate than they had been applied provisionally.

CITT published its ruling online Wednesday evening online after public hearings last year and an investigation into the flooding of Canada’s market in western provinces and territories with low-priced drywall, or gypsum board.

The industry had been shocked when, following a complaint about dumping by CertainTeed Gypsum, the agency had imposed provisional duties as high as 277 per cent against US manufacturers who allegedly were distributing their gypsum board in the western provinces at prices lower than they were offering in the U.S.

The tribunal ruled the dumping did “cause injury” to the Canadian industry, though it also said in a report for Finance Minister Bill Morneau that full imposition of provisional duties wouldn’t be in the national interest.

Enacting provisional duties in their full amount “has or will substantially reduce competition” in Canada’s western regions and “cause significant harm to consumers of those goods or to businesses who use them,” the tribunal said in its report to Morneau, who had earlier requested the tribunal fast-track its recommendations.

It called for the “temporary elimination” of drywall duties by simply refunding them for a period lasting six months.

“Final duties for any cooperating exporters on any export transaction involving subject gypsum board to Canada should not exceed 43 percent of the export price at any time on and after the earlier of July 5, 2017, or the date the subject imports reach a maximum volume of 229 million square feet, a reduced rate which should allow either U.S. exports or domestic shipments from Eastern Canada to continue to supply the Western Canadian market,” the CITT ruling said.

At the Edmonton hearings, CertainTeed, currently the only gypsum board manufacturer, said it had faced unfair competition but it suggested that provisions be included to allow contractors time to adjust to the new duties, especially if they have fixed price contracts. The manufacturer also suggested that there be special provisions to waive the duties for the Fort McMurray area, recovering from devastating wildfires last summer.

“We will make it a priority to act quickly and respond to the Tribunal’s recommendations,” finance department spokesman Paul Duchesne said in an e-mail to Bloomberg News on Wednesday.

Dumping concerns are “particularly serious given the risk of delays around reconstruction efforts in Fort McMurray,” Duchesne said in the email to Bloomberg.

The ruling says “that, if the Government considers the measures mentioned above as insufficiently alleviating the hardship suffered by certain residents of the Regional Municipality of Wood Buffalo (the Fort McMurray region) as a result of the May 2016 wildfires, and considering the consent by the domestic industry to a special remission in connection with the Fort McMurray region, the Government grant a special remission in an amount equivalent to the dumping duties collected on gypsum board specifically used for the rebuilding of the Fort McMurray region, on terms and conditions that ensure that the end users or consumers benefitting from the measure do not pay more than the amount that they would have paid for that gypsum board in the absence of duties. This special remission should cover subject imported gypsum board which is specifically linked to the reconstruction effort, and is purchased and installed between Sept. 6, 2016, and Dec. 31, 2019.

Bloomberg says the ruling and recommendations leave the fate of a long-term Canadian drywall tariff up to Morneau and are the latest potential irritant to ties with the U.S. as President-elect Donald Trump prepares to take office.

Drywall contractors, represented by the The Western Canada Alliance of Wall and Ceiling Contractors say they are happy with the CITT tribunal’s decision.

“We thank the Tribunal for their extensive study into the impact of anti-dumping duties on the construction sector across Western Canada and on the Canadian economy,” said Neal Pollock, of TDL Drywall Inc., Calgary and a member of the Alliance who, along with other members, participated in Tribunal proceedings.

The CITT findings reflect Alliance testimony before the Tribunal late last year demonstrating the adverse impact of the sharp and unexpected price hikes caused by the imposition of preliminary anti-dumping duties (PD) on contracts, letters of intent (LOIs) and bids based on pre-PD pricing.

The contractors group says in a news release that the tribunal’s recommendations  go a significant way to alleviating the harm from the duties.

“The Alliance is supportive of the Tribunal’s recommendation for a refund mechanism to reimburse purchasers for the higher cost of gypsum board incurred during the provisional period,” the group said in a news release. “The recommendation that final duties be temporary eliminated for six months is helpful, but not long enough to allow contractors to perform their fixed price contracts in place prior to the imposition of preliminary duties on Sept. 6, 2016. The Alliance will be seeking a longer period of temporary elimination without a volume cap. The Alliance welcomes the introduction of a reduced rate of final duties which is absolutely necessary to maintain competition in the Western Canadian market.:

“We look forward to reviewing the Tribunal’s reasons and we strongly encourage the Government to immediately implement the recommendations,” Pollock said in a statement. “To maintain our industry’s economic viability, Western Canada’s construction industry must be predictable and stable.  We cannot be hit by significant overnight product cost increases that will put our livelihoods at risk.”