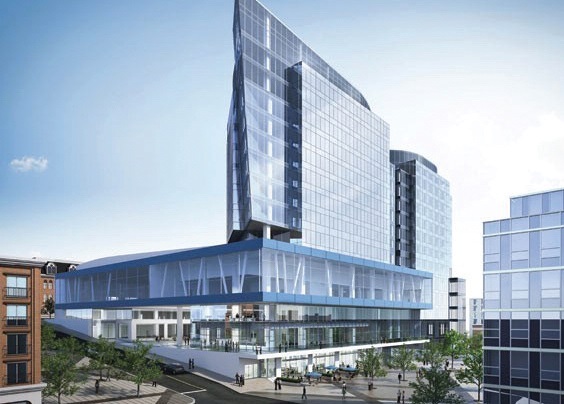 Several downtown business owners— one of whom also happens to be running for mayor—are taking legal action over disruptions caused by the Nova Centre’s construction, The Coast reports.

The Carleton, Attica and the Wooden Monkey are “negotiating proceedings” against the municipal, provincial and federal governments in an effort to recover financial losses they say were incurred from the hotel and convention centre’s four years of construction.?

“They were supposed to be done in September 2015,” says Wooden Monkey co-owner Christine Bower. “It’s really changed, the timeline, and people don’t know what it takes to stay open, and pay your bills and keep your staff employed.”

“After years of unfruitful communications with the Nova Centre stakeholders to make them aware of the negative impact, some frustrated businesses have now decided to take legal action,” says a press release from Wagners. ?

There isn’t a precise compensation amount the group is looking for, says Wagner’s Erin Gillis in an email, “but it’s likely in the range of hundreds of thousands of dollars per business.”?

Halifax Regional Municipality says its legal team had reviewed the documentation it received from Wagners Law Firm, and concluded they “do not believe a claim of injurious affection under the Expropriation Act applies to the municipality in this instance,” spokesperson Tiffany Chase wrote in an email to reporters.

“Neither scenario applies in this case, therefore we see no basis for a claim of injurious affection against the municipality,” Chase wrote.

However, lawyer Ray Wagner says he believes all three levels of government are responsible for making sure that the development doesn’t have a negative effect on business in the downtown core because they’re all investing in the project.