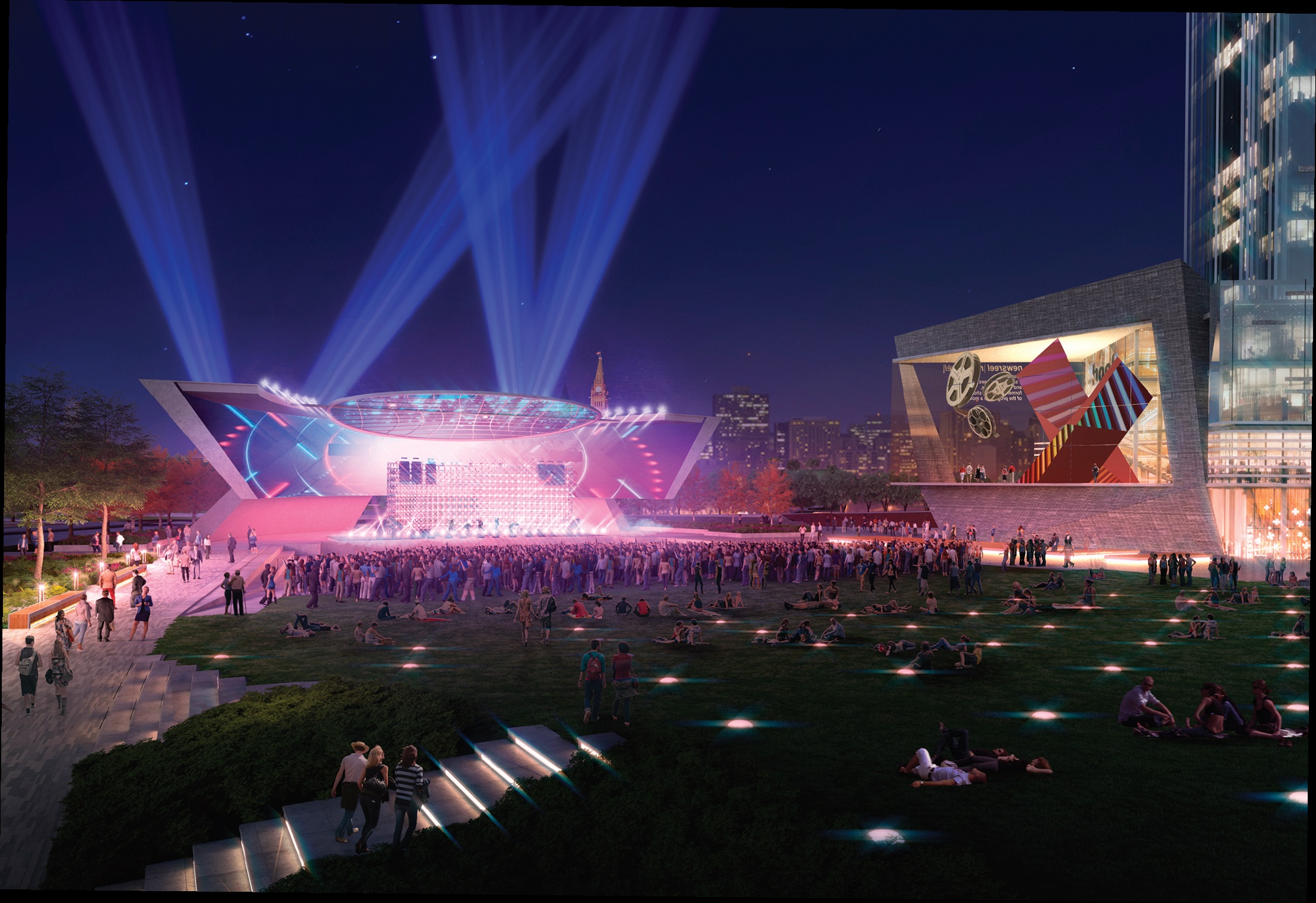 Who will win the multibillion dollar opportunity to redevelop potentially 22.6 hectares of LeBreton Flats – a crucial parcel of land in central Ottawa owned by the federal government’s National Capital Commission (NCC)?

If the NCC can keep things under wraps, we will need to wait until early next year to find out.

However, the two competing proposals, Devcore Canderel DLS Group (DCDLS) and Rendezvous LeBreton Group have the support of big name and well-funded businesses, and (with the diverse scope and scale of the alliances), we’ll likely hear rumors and indications of the decision once its reviewers complete the evaluation and its board of directors reviews the recommendation in March.

No one is saying how much the project will cost, though Ottawa Senators’ owner Eugene Melnyk gave an indication of its scale when he said the estimates to remediate the site are at least $170 million. Some reports have indicated the development could be in the $3.5 billion range.

Representatives of DCDLS said they would like to buy the land from the NCC at fair market value, while RLG representatives, observing that the financial details are supposed to remain under wraps, suggested there could be a variety of options including a possible 99-year lease for some or all of the land.

Both proponents suggest that, as well as an NHL arena, the Ottawa Public Library could relocate to the site, and they advocate for a mixture of residential, commercial, entertainment and community services tied in with the Light Rail Transit (LRT) Phase 2 hub and stations.

You could see the tension crackle at a February news conference when Melnyk rebuffed DCDLS’s proposal for an arena and an invitation to negotiate with the Senators to relocate there if their proposal is successful.

“What are they doing?” Melnyk asked. “I haven’t even talked to these people . . . good morning, I have no interest in selling, and no interest in playing in someone else’s arena. It’s also not practical.”

However, the RLG’s proposal suggests that, while the Senators expect to be major players in the huge development, the team realizes that other partners will need to develop the key residential, commercial and institutional components of the potentially 22.6 hectare area. (The NCC has opened 9.3 hectares for development, and has “asked proponents for their development planning outlook on a larger area, referred to as option lands, consisting of an additional 12.3 hectares,” it says in background materials.)

(Conceivably, if DCDLS wins the proposal, the negotiations with the Senators could go beyond just providing stadium access or the opportunity to build the arena and central entertainment complex. The overall parcel could be segmented – as RLG has indicated in its own proposal – to allow additional profitable business development opportunities from other partners, such as Senators’ Sports and Entertainment. However, Melnyk doesn’t want that sort of thinking to gain any traction while the competition to lead the project is in high gear.)

The main RLG partner, Trinity Development Group, would oversee much of the commercial and mixed use development, with other players including Windmill Developments, Brigil, and Mattamy Homes. Other participants include Morley Hoppner, Tomlinson, PCL and GBA (Graham Bird Associates). 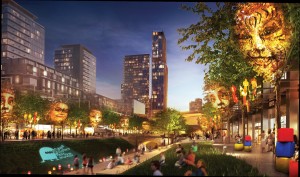 Architect Barry Hobin led the RLG presentation when the NCC invited the two proponents to demonstrate their plans on Jan. 26. RLG has other significant architectural supporters including Rossetti, KPMB Architects, Perkins + Will, and Schmidt/Hammer/Lassen Architects.

However, DCDLS also is well-funded and connected. Devcore, based in Gatineau, says it currently has 12 projects in development and nine under construction in Ontario and Quebec, while Canderel has a national background in real estate investment, development and management. Other players include the DLS Group (led by Quebec magnet Andre Desmarais,) and Guy Laliberte, founder of the Cirque du Soleil. Local representation is provided by William Sinclair, cofounder and former president of JDS Uniphase, and the Mierins family’s Ogilvie Realty. Mierins Automotive Group owns and operates eight car dealerships in the Ottawa area.

The proposals have some similarities, in part because the NCC, in its request for proposals, suggested certain elements need to be included in the project, including public anchor uses and sustainability. Aboriginal concerns are also important, and the Algonquin Nation is to be consulted before the NCC makes its decision.

The NCC invited public feedback at its website until Feb. 9 and reports it has received hundreds of submissions. Public responses indicate that both proposals have some support and some detractors. About 1,000 people showed up at the Canadian War Museum on Jan. 26 when the public was invited for two days to listen to developers’ presentations and ask questions.

The main distinction between the two proposals is the mix of attractions and community amenities.

DCDLS, for example, proposes an auto museum (World Automotive Experience), an aquarium, a skateboard park, and an auto museum, as well as a new public French school, daycare, YMCA and an “air pavilion” providing a simulated skydiving experience.

The central feature of its proposal is the Canadenisis Walk, described as a “four season linear park stretching the entire length of the development to showcase Canada’s wildly diverse and poignantly beautiful eco-zones across the country.” The developers propose the site will be a key point on the Trans Canada Trail. It will also have a 6,000 sq. ft. bandshell and what it describes as “Canada’s first multimedia museum, the Canada Communications Centre (CCC).” There is also a proposal for a Science & Innovation Pavilion/Planetarium.

The RLG proposal on the other hand has less obviously public features, but includes consideration of how to handle the old aqueduct on the site and the problem of the LRT potentially bisecting it. RLG’s proposal creates two levels, building above the LRT with the aqueduct on the lower level.

One innovative feature of the RLG’s “IllumiNATION” plan is the plans for the development of Abilities Centre Ottawa, “an accessible to all multiuse sports facility providing unique programming that promotes healthy active living, rehabilitation and recreation, and that will meet the diverse needs of a diverse community, including persons with disabilities and activity limitations.”