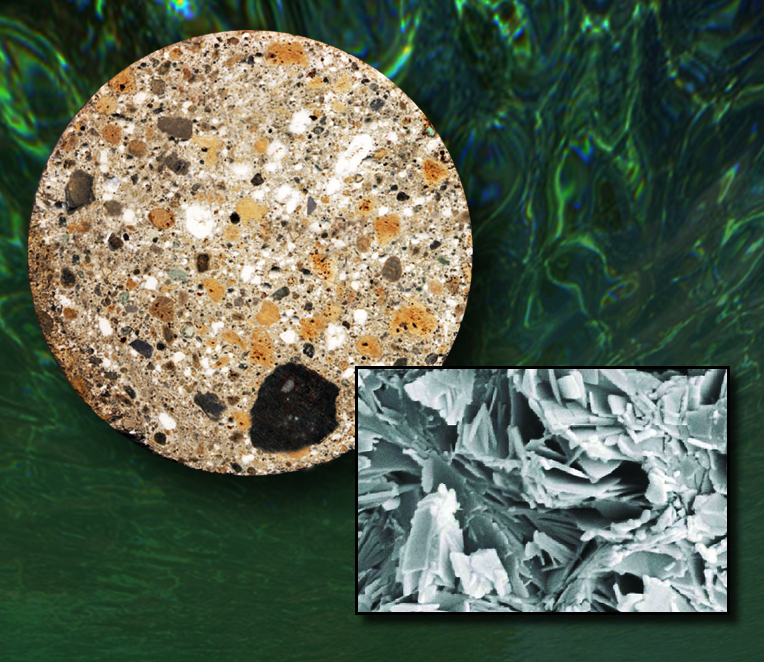 Researchers from the U.S. Department of Energy’s Lawrence Berkeley National Laboratory (Berkeley Lab) have discovered what may be 2000-year secrets of concrete construction, in an ancient underwater breakwater from the Roman empire.

These have held up surprisingly well — far better than concrete produced with conventional Portland cement — and could provide clues to environmentally-friendly and durable concrete construction.

The magic formula is a combination of volcanic ash and lime — with other ingredients that may provide differing qualities for high-performance applications.

Analysis of samples provided by team member Marie Jackson pinpointed why the best Roman concrete was superior to most modern concrete in durability, why its manufacture was less environmentally damaging – and how these improvements could be adopted in the modern world, the Berkley news release said.

“It’s not that modern concrete isn’t good – it’s so good we use 19 billion tons of it a year,” says research leader Paulo Monteiro. “The problem is that manufacturing Portland cement accounts for seven percent of the carbon dioxide that industry puts into the air.” 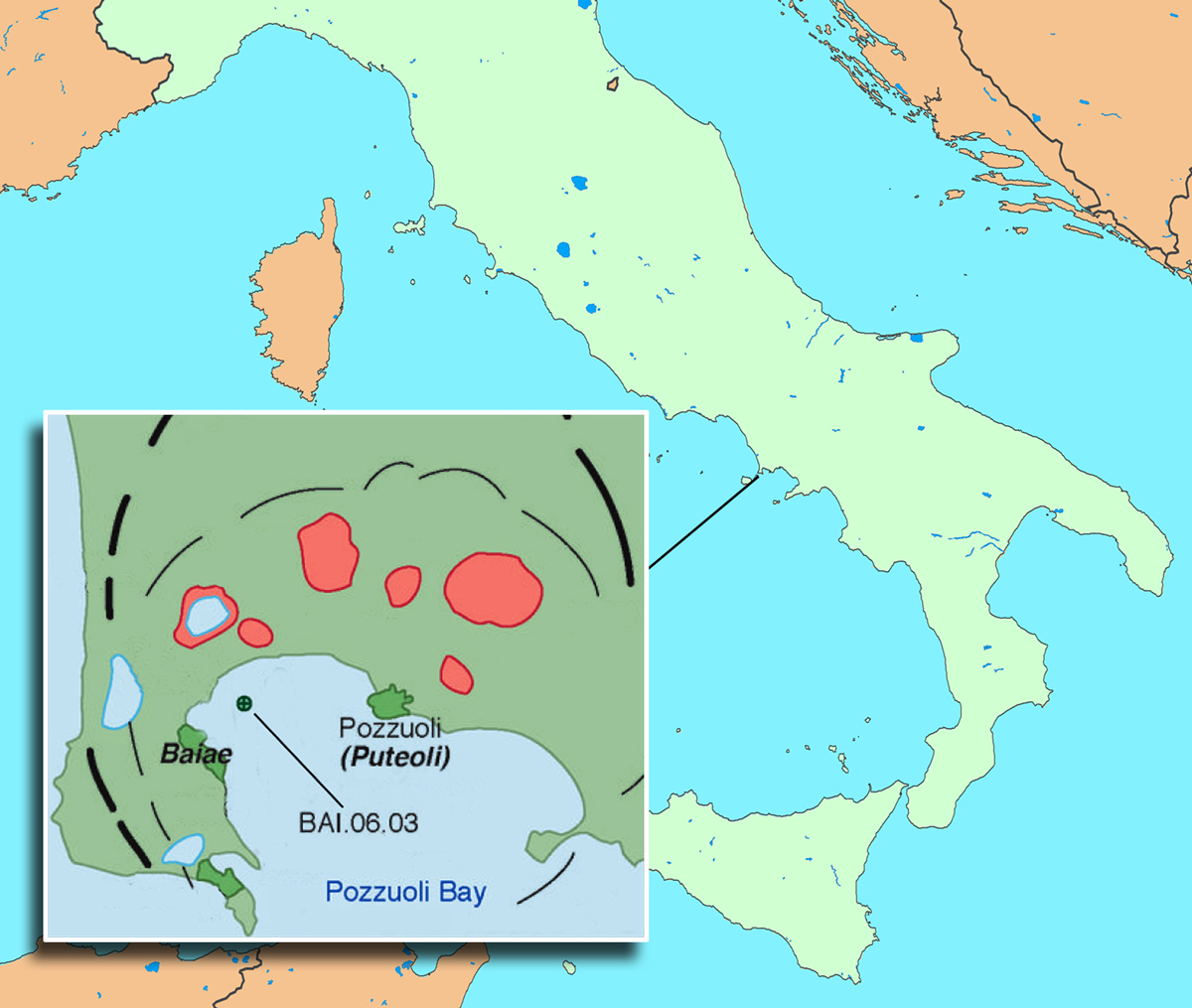 Portland cement is the source of the “glue” that holds most modern concrete together. But making it releases carbon from burning fuel, needed to heat a mix of limestone and clays to 1,450 degrees Celsius (2,642 degrees Fahrenheit) – and from the heated limestone (calcium carbonate) itself. Monteiro’s team found that the Romans, by contrast, used much less lime and made it from limestone baked at 900˚ C (1,652˚ F) or lower, requiring far less fuel than Portland cement.

Cutting greenhouse gas emissions is one powerful incentive for finding a better way to provide the concrete the world needs; another is the need for stronger, longer-lasting buildings, bridges, and other structures.

“In the middle 20th century, concrete structures were designed to last 50 years, and a lot of them are on borrowed time,” Monteiro says. “Now we design buildings to last 100 to 120 years.” Yet Roman harbor installations have survived 2,000 years of chemical attack and wave action underwater.

How the Romans did it

The Romans made concrete by mixing lime and volcanic rock. For underwater structures, lime and volcanic ash were mixed to form mortar, and this mortar and volcanic tuff were packed into wooden forms. The seawater instantly triggered a hot chemical reaction. The lime was hydrated – incorporating water molecules into its structure – and reacted with the ash to cement the whole mixture together.

Pozzuoli Bay defines the northwestern region of the Bay of Naples. The concrete sample examined at the Advanced Light Source by Berkeley researchers, BAI.06.03, is from the harbor of Baiae, one of many ancient underwater sites in the region. Black lines indicate caldera rims, and red areas are volcanic craters. (Click on image for best resolution.)

Descriptions of volcanic ash have survived from ancient times. First Vitruvius, an engineer for the Emperor Augustus, and later Pliny the Elder recorded that the best maritime concrete was made with ash from volcanic regions of the Gulf of Naples (Pliny died in the eruption of Mt. Vesuvius that buried Pompeii), especially from sites near today’s seaside town of Pozzuoli. Ash with similar mineral characteristics, called pozzolan, is found in many parts of the world.

Using beamlines 5.3.2.1, 5.3.2.2, 12.2.2 and 12.3.2 at Berkeley Lab’s Advanced Light Source (ALS), along with other experimental facilities at UC Berkeley, the King Abdullah University of Science and Technology in Saudi Arabia, and the BESSY synchrotron in Germany, Monteiro and his colleagues investigated maritime concrete from Pozzuoli Bay. They found that Roman concrete differs from the modern kind in several essential ways.

One is the kind of glue that binds the concrete’s components together. In concrete made with Portland cement this is a compound of calcium, silicates, and hydrates (C-S-H). Roman concrete produces a significantly different compound, with added aluminum and less silicon. The resulting calcium-aluminum-silicate-hydrate (C-A-S-H) is an exceptionally stable binder.

At ALS beamlines 5.3.2.1 and 5.3.2.2, x-ray spectroscopy showed that the specific way the aluminum substitutes for silicon in the C-A-S-H may be the key to the cohesion and stability of the seawater concrete.

Another striking contribution of the Monteiro team concerns the hydration products in concrete. In theory, C-S-H in concrete made with Portland cement resembles a combination of naturally occurring layered minerals, called tobermorite and jennite. Unfortunately these ideal crystalline structures are nowhere to be found in conventional modern concrete.

Tobermorite does occur in the mortar of ancient seawater concrete, however. High-pressure x-ray diffraction experiments at ALS beamline 12.2.2 measured its mechanical properties and, for the first time, clarified the role of aluminum in its crystal lattice. Al-tobermorite (Al for aluminum) has a greater stiffness than poorly crystalline C-A-S-H and provides a model for concrete strength and durability in the future.

Finally, microscopic studies at ALS beamline 12.3.2 identified the other minerals in the Roman samples. Integration of the results from the various beamlines revealed the minerals’ potential applications for high-performance concretes, including the encapsulation of hazardous wastes.

Lessons for the future

Environmentally friendly modern concretes already include volcanic ash or fly ash from coal-burning power plants as partial substitutes for Portland cement, with good results. These blended cements also produce C-A-S-H, but their long-term performance could not be determined until the Monteiro team analyzed Roman concrete.

Their analyses showed that the Roman recipe needed less than 10 percent lime by weight, made at two-thirds or less the temperature required by Portland cement. Lime reacting with aluminum-rich pozzolan ash and seawater formed highly stable C‑A-S-H and Al-tobermorite, insuring strength and longevity. Both the materials and the way the Romans used them hold lessons for the future.

“For us, pozzolan is important for its practical applications,” says Monteiro. “It could replace 40 percent of the world’s demand for Portland cement. And there are sources of pozzolan all over the world. Saudi Arabia doesn’t have any fly ash, but it has mountains of pozzolan.”

Stronger, longer-lasting modern concrete, made with less fuel and less release of carbon into the atmosphere, may be the legacy of a deeper understanding of how the Romans made their incomparable concrete.

This work was supported by King Abdullah University of Science and Technology, the Loeb Classical Library Foundation at Harvard University, and DOE’s Office of Science, which also supports the Advanced Light Source. Samples of Roman maritime concrete were provided by Marie Jackson and by the ROMACONS drilling program, sponsored by CTG Italcementi of Bergamo, Italy. (In North America, Italcementi operates under the ESSROC name.)