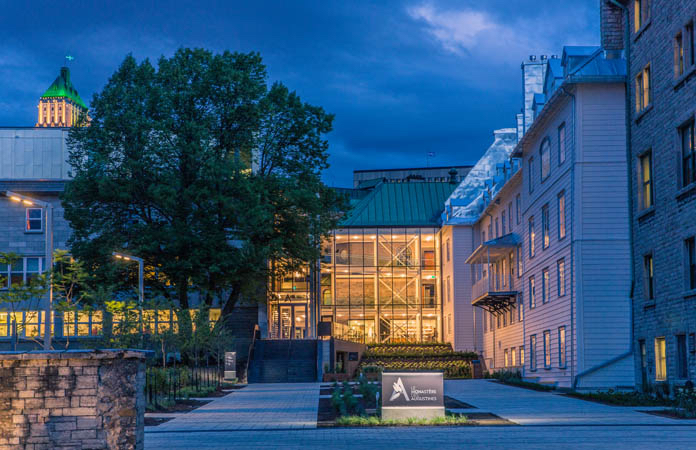 The Canadian Roofing Contractors’ Association (CRCA) has announced that Raymond Martin Ltée from Quebec City is the recipient of its annual Roofing Canada Award for work on the Augustines Monastery (Le Monasteres des Augustines). The award was presented at the association’s Annual General Meeting and 57th annual convention in Halifax in late May.

The Augustines Monastery work consisted of reroofing the building galvanized steel. During the work the contractor had to plan in detail their access to the site due to the many other trades that were on site during the renovations. The age of the building and bringing all of the material to the work site also presented many on site challenges.

“Our members are involved some very interesting, challenging and rewarding work. We received six submissions for the award this year and selecting one project to earn the award was extremely difficult,” said  CRCA executive director Bob Brunet.

The Roofing Canada Award recognizes a project completed by a CRCA member based on outstanding workmanship, innovation, service to the community and or service to the industry. All entries were judged by their peers for their significant contribution to the roofing industry.

As well, CRCA announced that Dr. Sudhakar Molleti is the 2016 recipient of the Frank Ladner Award. Dr. Molleti is a research officer at the National Research Council of Canada’s Construction Portfolio. His past work includes wind effects on low-sloped roofing systems, wind performance of vegetated roof assemblies, as well as energy and durability of PV integrated roofs. He is an active member of ASTM’s Committee D08 on Roofing and Waterproofing and CRCA’s National Technical Committee. Dr. Molleti received his PhD in engineering from the University of Ottawa (Canada).

The award was established in honour of CRCA’s first technical director, Frank Ladner, to recognize his technical contribution to the Canadian roofing industry.