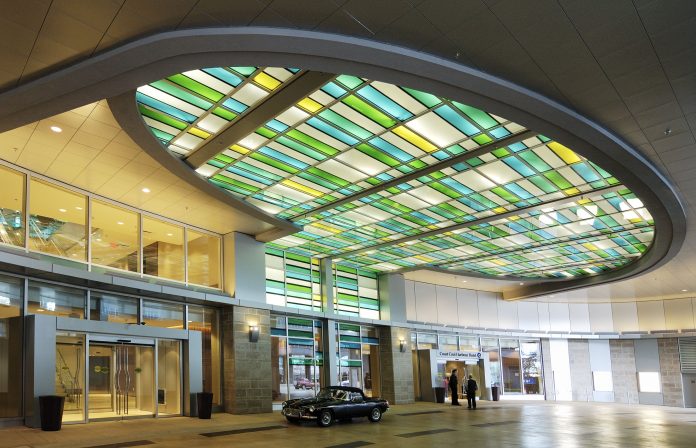 From its founding in 1969, DA Architects + Planners has grown from a residential practice to one whose work has included schools, hotels, large mixed-use facilities and urban communities. All are based on the company’s original vision that they are designing ‘more than just a building.’

Randy Knill, partner, says the firm originally opened as Downs/Archambault & Partners, but underwent a renewal process in 2008 and was re-branded as DA Architects + Planners to better serve its clients’ needs and to express the practice of architecture.

“Originally the firm started with mostly residential projects reflecting the contemporary aesthetics of mid-century regional modernism and then grew as the design approach and philosophy was recognized.”

As it demonstrated design sensitivity and expertise, community centres and schools led to larger residential and more complex projects. DA also collaborated, says Knill, with other firms forming an Urban Design Planning Team for the Post – Expo False Creek Lands which led to the firm working along the north side of False Creek and an opportunity to illustrate its ‘more than just a building’ approach.

“The architecturally defined public and private realm open spaces contributed to a more varied and engaging pedestrian experience, as we developed the design approach that emphasized that the space between the buildings was as important as the buildings themselves. From the early projects where enhanced landscape gardens featured local natural materials, to large, complex urban spaces today, DA’s vision consistently carries through.”

He says architecture that engages environmental and social sustainability issues has also always been at the heart of DA’s design approach since its early days. Among its successes in this area is a collaboration on the original Canada Place and subsequent Vancouver Convention Centre West, which has been recognized with several awards and achieved a LEED Platinum rating.

Recent projects illustrate even more diversity and include the Lingyen Mountain Temple, various lifestyle/mixed use retail centres, and several Urban Design Studies for new sustainable communities throughout BC.

While the architectural form of these projects vary greatly, Knill says there are commonalities among them all. “All of our projects are the result of a carefully scrutinized functional program provided by our clients that is then projected onto the site with a sensitivity to the unique site-specific characteristics.”

This, he says, can be a response to the climate, views, or surrounding urban design elements. “It can respond to urban elements that do not yet exist, like the early Yaletown high-rises on the empty Expo site, or the current Seylynn projects which are providing a new opportunity for city regeneration and densification.”

The firm now includes twenty-five staff members comprising three partners, two associates, eighteen technologists and intern architects, and two administrative personnel. “Through almost five decades, DA Architects + Planners has earned the reputation of delivering well designed projects and ensuring its clients are well served. This means partners stay involved and project teams are mentored every step of the way. The love of craft carries through in a highly personal commitment to the products, and the client.”

Knill says the team is proud of both the projects they have had a hand in, and the way each evolved. “We are a collaborative and interactive design firm. We listen carefully to our clients and many stakeholders and then respond to their concerns and needs.”

That approach, he says, has resulted in DA being selected for the “tough” projects; those where extensive public consultation is required. “Kitsilano Secondary School, and the Lingyen Mountain Temple are examples of these. There were others in which difficult urban design issues had to be resolved, such as the Vancouver Convention Centre – both the original Expo Canada Place and the new West Expansion, or where a compelling urban design image must be created to illustrate the project’s fit, as was the case with Seylynn Village.”

The firm’s project awards are too numerous to mention but include recognition for its efforts on the Vancouver Convention Centre West, Seylynn Village, Queen Mary Elementary School and Ridgeway Elementary School.