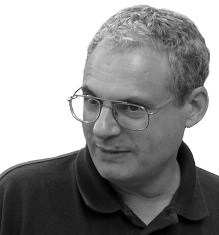 The day after Christmas, as this issue of Canadian Design and Construction Report neared publication, I was many miles away, touring Hebron in the West Bank near Jerusalem. As I stepped past military checkpoints, I appreciated the importance of construction and conflict. The centerpiece of history and current conflict there is the longest standing religious building in the world, the Tombs of the Patriarchs, where according Jewish and Muslim faiths, and perhaps in reality, Abraham and Sarah are buried.

The ancient structure coexists with modern Israeli and Palestinian communities with truly different narratives of the same story. You won’t find any easy answers, except perhaps in the historical structure itself where religious leaders have figured out a compromise about access.

Each faith has a separate entrance (with appropriate security) and members can only enter their own part of the building. The Jews have a smaller, 20 per cent share, a big improvement from the many years before Israel occupied the area in 1967, when they had no access. However, on 10 of the holiest days of the Jewish religious calendar, Muslims are barred from the entire structure. In reciprocation, the Muslims have their own “10 days” when the Jews are banished. It isn’t a perfect compromise, but at least it solves both religions’ spiritual needs with a degree of equality.

Obviously, Canadian construction disputes rarely reach the level of physical violence and war, but things certainly reached a boiling point in Ontario last year when employer groups and the Labourers Union discovered problems with the newly created Ontario College of Trades (OCOT). Tony Dean has suggested compromises, which the government has decided to implement. On a more military level, former Canadian soldiers have discovered new careers in the construction industry through the Helmets to Hardhats program.

There are stories in this issue about happiness and chaos, technology and BIM, environmental initiatives and the Passive House concept, as well as business profiles and celebrations. Overall, the stories have a positive trend. Sure there are disputes, conflicts, and tensions, but there also is progress, growth and co-operation. I think 2016 will, in the end, be a truly great year.