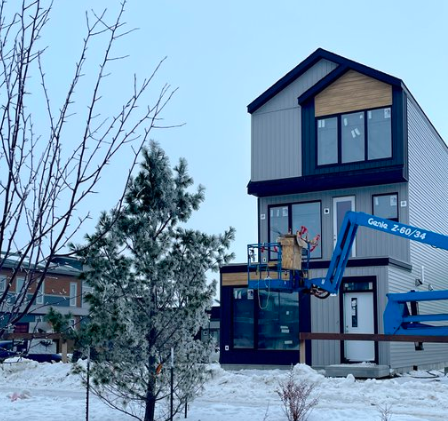 A review commissioned by the Canadian Homebuilders Association (CHBA) found the Alberta city overall had the least red tape in its planning processes and systems, permit approval timelines, and building fees. It ranked first for having the most planning features and sixth for both shortest timelines and lowest fees.

Edmonton had an overall score of 91 per cent based on six overall themes: development guidance, development application tracking, e-submissions/e-payments, availability of planning documents, accountability and provincial direction. Edmonton was best in class in areas such as Electronic Submission and Payment Capabilities and Accountability. Edmonton’s typical approval timeline for development applications is less than half of what it is in either Vancouver or Toronto.

“I am not surprised by Edmonton’s ranking,” said Mayor Amarjeet Sohi. “Edmonton is a great place to live with an exceptional quality of life and we are committed to fostering a healthy and affordable housing market necessary to welcome young and highly skilled talent and for those already living in Edmonton.”

The report evaluated 21 municipalities across Canada in several areas that have direct links to issues related to housing supply and/or housing affordability, including:

Edmonton ranked number one in planning features, sixth in approval timelines and sixth in charges and fees to capture a combined first place ranking. This represents an improvement from the 2020 study, in which Edmonton ranked second overall in Canada.

“The City of Edmonton has worked very hard in the past few years to streamline and improve our permit and license processes,“ said City Manager Andre Corbould. “These improvements save applicants $5.3 million and 67,600 days each year.

“We know these improvements have contributed to our ranking and we continue to push for improvements that will help maintain Edmonton’s housing affordability.”

Officials say ntergovernmental and industry collaboration played an important role in Edmonton’s number one ranking. The Study also highlighted municipalities who are taking innovative approaches to working with other levels of government or developers to set targets, standardize reporting or establish timelines.

“The growth and future success of Edmonton hinges on the continued successful collaboration and engagement between the real estate development industry and the City of Edmonton,” said Adil Kodian, executive vice president, Rohit Group of Companies, and a member of CHBA-Edmonton Region and UDI-Edmonton Metro.

“Available and attainable housing is core to what makes Edmonton such a great city for Canadians to live and work in. Going forward, it’s critical that we continue to create a business and innovation-friendly environment that provides efficient timelines, focuses on smooth processes and limits additional costs for new homebuyers.”