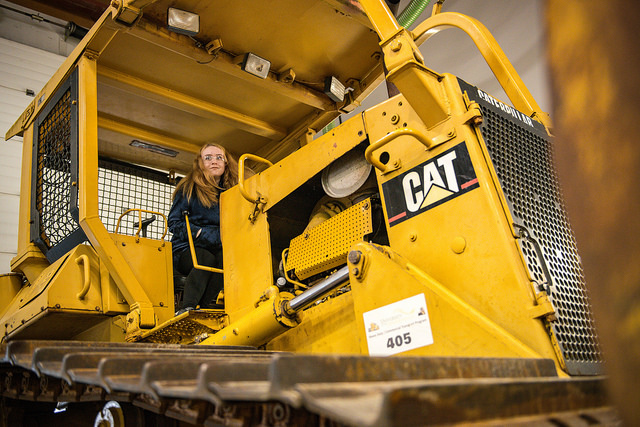 The federal government is introducing a new incentive for the purchase of construction equipment.

The government has announced it will incentivize capital investments by tripling the first-year deduction for construction equipment purchases from 15 per cent to 45 per cent.

The announcement, made during Canada’s Fall Economic Statement, is hailed as a victory by the Associated Equipment Distributors (AED), Equipment Journal reports.

AED delivered a letter to Bill Morneau, Canada’s minister of finance, in October encouraging the government to pursue tax policies to incentivize capital investment, such as accelerated depreciation for equipment purchases.

“Minister of finance Bill Morneau heeded the association’s advice to provide accelerated depreciation for equipment purchases when he unveiled the much-anticipated Fall Economic Statement,” AED said in an email.

The 13-year depreciation schedule for construction equipment in Canada has been an issue compared to the United States’ five-year schedule, the publication reports. “However, the United States’ Tax Cuts & Jobs Act’s allowance of 100 per cent bonus depreciation, combined with lowering the tax rate and other pro-growth changes, created a greater discrepancy, according to AED. This placed Canadian construction equipment dealers and manufacturers at a significant disadvantage.”

On Nov. 23, AED’s president and CEO Brian P. McGuire appeared live on air with BNN Bloomberg. McGuire discussed the benefits of accelerated depreciation, such as allowing businesses to have greater cash flow, which can be used for capital investment, creating jobs and higher wages for current workers.

He also highlighted the fact that accelerated depreciation is important both for customers of equipment dealerships, and for equipment distributors themselves, as they purchase equipment for their rental fleets.

“For our folks, it will really help drive decision making for customers to look to replace older construction equipment, as well as dealers that maintain a rental fleet,” McGuire told BNN Bloomberg. “We think it’s the right move, not only for our industry but across all sectors.”