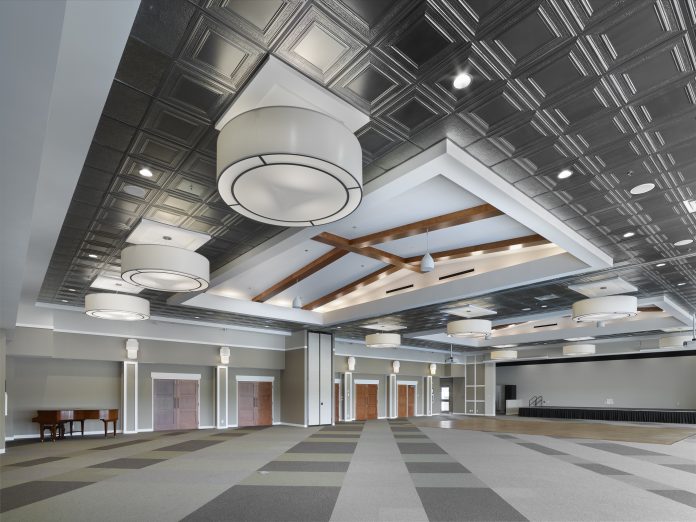 Edmonton based Fillmore Construction began more than 25 years ago as a one-man operation. Today, the company works in a variety of sectors, delivers its expertise to large national chains, and has developed a reputation for being able to deliver on tight deadlines for even the most challenging projects.

Chris Fillmore, president, says the company his father Brent founded grew by leaps and bounds over the last decade ago, both in its scope and size. The company’s projects range from tenant improvement to construction of hotels, apartments, schools and seniors’ facilities. Its services include new construction, building expansion, facility maintenance, and tenant improvement. The company’s staff numbers more than 100 and includes 10 project managers, 30 site supervisors, 25 office staff and between 60 and 100 people working in the field.

While the company has grown, it has maintained its core value of ‘doing it right’ that Brent founded the company on. “Part of our success in meeting some of the tight deadlines we work under comes from identifying potential issues before they happen, fixing things before there is a problem if you will. This advance work means that things in the field happen the way we want them to and helps us deliver faster.”

Fillmore Construction works for several national companies including Loblaw, Shoppers Drug Mart, CIBC, RBC, TD, Sobey’s, Liquor Depot, McDonald’s, and Sherritt. One example of the company’s ability to meet deadlines he says, is a 90,000 sq. ft. Loblaw the team took from a dirt field to grand opening day in seven months plus four days from being awarded the contract.

“We understand that these clients are held to strict schedule requirements, that they are under pressure to open on time, so we focus on achieving what they need.”

He says the company has also developed an ability to beat others in our key market sectors due to the shear number of projects completed for the same clients over the past decade or more.

From its office in Edmonton, Fillmore Construction regularly completes projects throughout Alberta, Saskatchewan and B.C., except Vancouver, they have also completed numerous projects in the territories at client’s request.

Fillmore says another aspect of the company’s success is its people. “A solid 20 per cent of our staff have been with the company since our major started growth 10 years ago and there are many others who have been with us almost that long.”

With Brent now largely involved with Legacy Equipment, Fillmore Construction’s equipment rental business, Chris and his brother Jeff have taken the helm here. “We run the company much the way our father always has, with an open door policy and a focus on maintaining tight relationships with everyone here.”

He says during quieter times, there is a focus on building systems, people and programs, so when big projects come or demands are high, the team is ready to work together to respond. That same team comes together to support the local community as well. Together, they have worked on projects for Habitat for Humanity, Pedal Power for the Edmonton Food Bank and have raised just shy of $1,000,000 for the MS Bike Tour in the last eight years.

Fillmore Construction has been named one of Canada’s Best Managed Companies and are among the 70 Best Employers in Alberta. For more information, visit fillmoreconstruction.com.