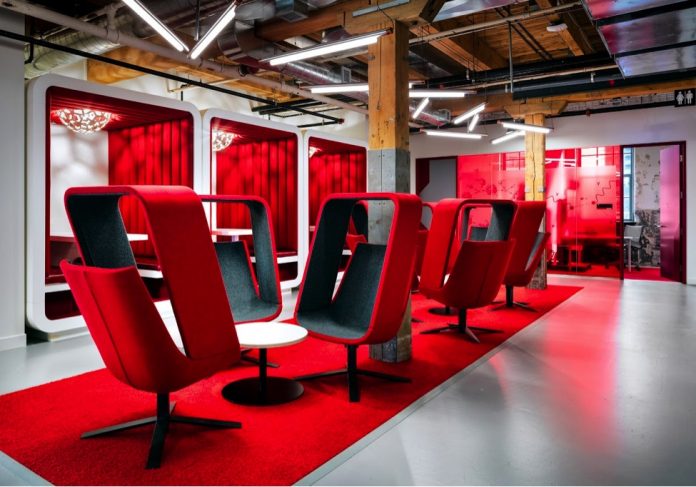 As a widely-acknowledged progressive employer, Google has a passion for creating healthy and productive work environments that inspire and energize employees, the CaGBC news release said. When looking to build its new offices, the company chose LEED v4 because it is a globally-recognized leadership standard that encourages project teams to think outside the box and embrace innovation.

“With this certification, Google joins an elite group of owners in Canada who have demonstrated leadership by committing to LEED v4 – one of the world’s most widely accepted, advanced, and effective building rating systems,” says CaGBC president and CEO Thomas Mueller. “We are very pleased to see a global innovator such as Google putting words into action. This project demonstrates how green buildings transform traditional work environments, in a way that reduces carbon impact and water usage, and improves employee health and wellness.”

Google Phase 1 is a 100,000 sq. ft. office space in the Breithaupt Block, a redeveloped historic building in downtown Kitchener’s warehouse district. The building is close to various transit opportunities and bicycle paths in a dense and well-developed business area, minimizing the impacts of vehicle use.

The project prioritized indoor air quality, with high levels of outdoor air ventilation provided, achieving 30 per cent over the ASHRAE 62 standard. Comprehensive sub-metering was also used to understand building energy use and uncover opportunities for future improvements. Water efficient fixtures are always important to Google, and this project went a step further to engage the landlord and reduce the flush volumes of the building’s toilets and urinals, with an estimated savings of 500,000L per year.

LEED v4 was a natural fit for Google given that healthy materials are such a high priority for the company. For this project, every product and material went through a stringent selection process with the goal of eliminating the presence of toxicants in the space. The project earned many of its LEED credits through materials selection, including 20 products with Health Product Declarations (HPDs) and 20 products with Environmental Product Declarations (EPDs) – no simple feat. Google further promotes wellbeing to its staff on-site through initiatives like their green cleaning program, health and nutrition programs, and a full service managed gym facility complete with climbing wall for occupants.

Being one of the first LEED v4 projects for both Google and its LEED Consultant WSP, this project provided a solid foundational experience for future projects, with many lessons learned. This will help as Google Office Phase 2 gets underway, which is also targeting LEED v4.

“The pursuit of LEED v4 pushed the project team to create a better space, and the experience has honed everyone’s ability to solve problems and adapt,” says Ben Campbell, service area manager of sustainability for WSP, who were the LEED consultants on the project.