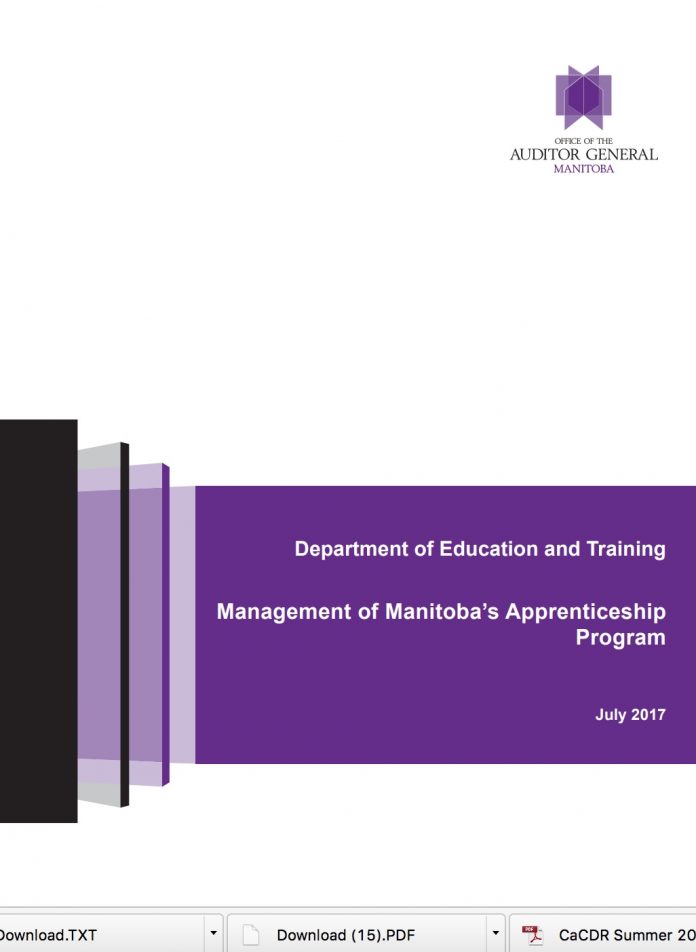 Manitoba’s auditor general has released a report with 20 separate recommendations to help the province improve its accountability and oversight functions with the Manitoba Apprenticeship Program.

The Winnipeg Construction Association (WCA) says in an eletter posting that it agrees   with many of the conclusions found in the report, especially related to tracking student progress and completion rates, and providing labour market information.

“We’ve raised concern on these issues for a while, and we’re encouraged that recent changes within Apprenticeship Manitoba will lead to progress,” WCA says.