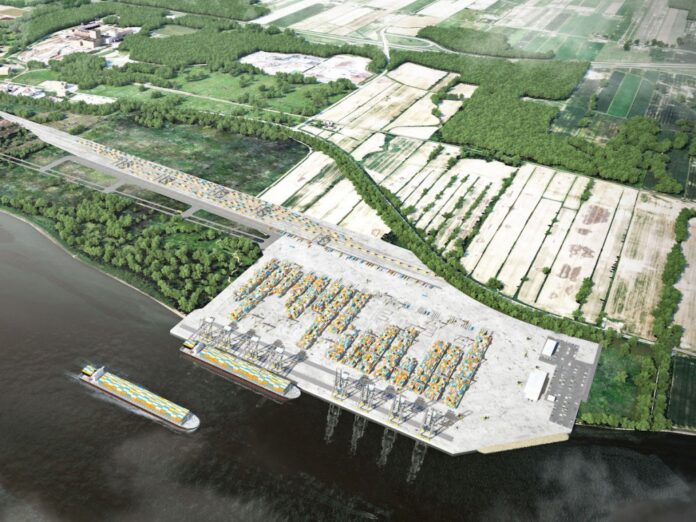 The Montreal Port Authority (MPA) has launched a Request for Qualifications (RFQ)for a massive expansion.

The planned Contrecœur container terminal will be the “the largest expansion project in the history of the Port of Montreal,” the MPA said in a statement last Tuesday (Nov. 24)

“The future Contrecœur container terminal will play a mission-critical role in developing the strategic St. Lawrence trade corridor and in supplying Quebec, Ontario and the U.S. Midwest,” said Martin Imbleau, the MPA’s president and chief executive officer. “It will be a green, modern and innovative terminal with facilities that feature extensive electrification. Our goal is to make it a world-class infrastructure and we seek partners who share our vision, our values and our ambitions.”

The RFQ will remain open to national and international industry players for the next three months.

“By issuing this Request for Qualifications, the MPA aims to find the best possible strategic partnership that can meet the high standards of the project in terms of innovation, efficiency, social responsibility and sustainable development,” the statement said. “The goal is to enter into a long-term agreement to design, build, finance, operate and maintain the Contrecœur terminal.”

More than 100 participants attended a virtual technical briefing open to all potential bidders on Nov. 10, indicating potential interest in the project.

Bidders must demonstrate experience in the design, construction and operation of new port infrastructure and, among other criteria, in generating new shipping volumes. Conditions specified in the Decision Statement issued by the Minister of Environment and Climate Change Canada must also be met.

“This is another milestone in achieving the largest expansion project in the history of the Port of Montreal,” the MPA statement said. “The project has support from both levels of government, a favourable report from the Canadian Impact Assessment Agency, and a decision statement from the Minister of Environment and Climate Change allowing the project to proceed.

This stage of the procurement process will make it possible to select up to three bidders to participate in the Request for Proposals, set to begin in the second quarter of 2022.

Located in an industrial zone, the Contrecœur land reserve was acquired more than 30 years ago by the Montreal Port Authority and has been the focus of careful collaborative planning to support the development of the supply chain in Quebec and Eastern Canada.

“With the support of Canada Infrastructure Bank and the Government of Quebec, the Port of Montreal and its partners plan to develop a new state-of-the-art container terminal able to handle up to 1.15 million containers (TEUs),” MPA says. “Advantageously located in the core of the largest pool of consumers, importers and exporters in Quebec and Eastern Canada, close to major rail and road routes, the Port of Montreal’s Contrecœur expansion will consolidate local strengths to effectively meet future needs. This project will strengthen the world-class logistics centre in the heart of the St. Lawrence Valley.”