A new 81,000 sq. ft correctional facility in Priestville, Nova Scotia will replace existing, aging facilities through a modern, state-of-the art new construction. Built by Bird Construction Group, designed by JDA Architects and under project management by Eastin Projects Ltd., the 196-bed prison is expected to create more than 70 new permanent jobs and will employ more than 100 construction workers. The building is the third and final phase of a project whose overall budget is estimated at $38.5 million.

The project replaces jails in Antigonish and Cumberland and serves courthouses in Truro, Amherst, New Glasgow, Pictou, and Antigonish. It will also provide support to the Port Hawkesbury Justice Centre. Intended to house adult males convicted of crimes of two years-less-a-day as well as remanded individuals, it includes six housing units and support services including health and dental suites.

JDA Architects senior architect John Dobbs says his firm completed the design in 2006/07 after a successful consultant selection competition. However, there were challenges in finding a suitable location, causing delays. The site eventually selected provided quick and easy access to medical, police and fire services, but was also remote.

“Once the site was selected the design was amended to include code and other changes since the original and incorporate a decision to expand the cells to move from single occupancy to the possibility of double,” says Dobbs.

This decision increased the building’s footprint by about 25 per cent, affecting infrastructure and staffing needs.

Eastin Projects project manager Paul Kelly, says the project is perfectly located. “The building sits on a hill which had a large plateau in the middle big enough to accommodate the huge footprint we required,” he said. “We were able to create distance between the building and the road and there is a wooded hill behind the building for screening.”

Dobbs says the entire parcel of land is 80 acres, with nine acres developed by the project to include the building’s 66,000 sq. ft. footprint (the housing units are set on two floors) and the required roads and parking.

Kelly says the majority of systems and components were either local or Canadian and that all the expertise the project required came through local trades. “The high tech hardware came from the U.S. but the detention doors and frames were made in Moncton and the concrete and concrete blocks used in the structure were locally sourced. This is essentially a homegrown project.”

The correctional facility has been constructed with tilt-up technology, common in Atlantic Canada. “Bird is very experienced in tilt-up and self-performed the work here,” says Kelly. “This is a construction methodology very suitable to a building of this type.”

While concrete is a natural choice for the construction of correctional facilities, the qualities that make it suitable, also create challenges. “Acoustics are always an issue when you’re dealing with hard surfaces like these,” says Dobbs. “To eliminate some of the echoing we created an acoustic deck over the living units, which have perforated metal with insulation to absorb the sound. For the first time we also used this technology in the walls, installing heavy gauge perforated metal with sound absorption insulation.”

Dobbs says this acoustic treatment supports the Justice Department’s model of direct supervision (with inmates and officers mingling shoulder to shoulder). This is intended to promote rehabilitation through a more normalized, safer and secure environment.

The designers didn’t attempt to disguise the facility’s purpose, but efforts were made to give it an institutional yet comfortable look with the addition of red paint to brighten the exterior. “This is a clearly a secure facility and in this remote location, not something people will stumble upon not knowing what it is,” Kelly said.

Dobbs says arrangements were made with the local municipality and utilities to provide water, sewer and power. “We looked at other possibilities including self-contained on-site options but this made the most sense.”

With a potential population of 200, plus 100 staff, facilities like this have high water usage requirements and thereby produce a significant amount of effluent so the water utility needed to upgrade the size of services nearer the site.

“The building sits on a hill relative to the street.” says Kelly. ‘There is quite a change in elevation so the municipality will create a booster station to provide the necessary water pressure at the building location at the top of the hill.”

Dobbs says the biggest challenge in designing a correctional institution is allowing for natural light. “It’s normal to see cells grouped into large pod units in a facility like this. Our design though created two separate pods, set like bookends and separated through a long ‘street-like corridor’ that is wide and flooded with daylight.”

Support services will be located along this connecting hallway.

The typical living units have cells arranged in blocks of 20, with 10 on the ground floor and 10 on an upper mezzanine. The two are connected by stairs and the dayrooms outside the cells feature skylights to make the spaces light and airy. Control rooms outside the living units have good lines of vision and monitoring equipment to assist with supervision of the living areas and dayroom spaces.

While outdoor exercise fields are not required because of the relatively short-term stay of inmates, the project has been designed with high-walled exterior airing courts directly off the housing units at each corner of the building. Staff can use a small dining area with windows to the outdoors and an outdoor patio, as well as a quiet room to de-stress.

The building has been designed to meet LEED Silver certification through an energy efficient envelope, material selection and the use of 47 geothermal wells. Dobbs says early testing shows the site’s aquifers are good, which in turn should provide good heat flow. “The challenge with a facility like this in meeting LEED criteria is that security and safety are of the utmost importance,” says Dobbs. “We must also consider this is a 24/7 facility with a lot of hard use.”

The design also uses in-floor slab radiant heating systems that cannot be damaged by occupants. The extensive use of concrete in the walls, in the 8 in. thick floor slabs, and the concrete blocks benefit the energy profile because of its thermal capacity.

The building is expected to beat early energy modeling by about 40 per cent.

A cold and stormy winter slowed construction but the project is progressing well and is expected to be completed by mid-2014. 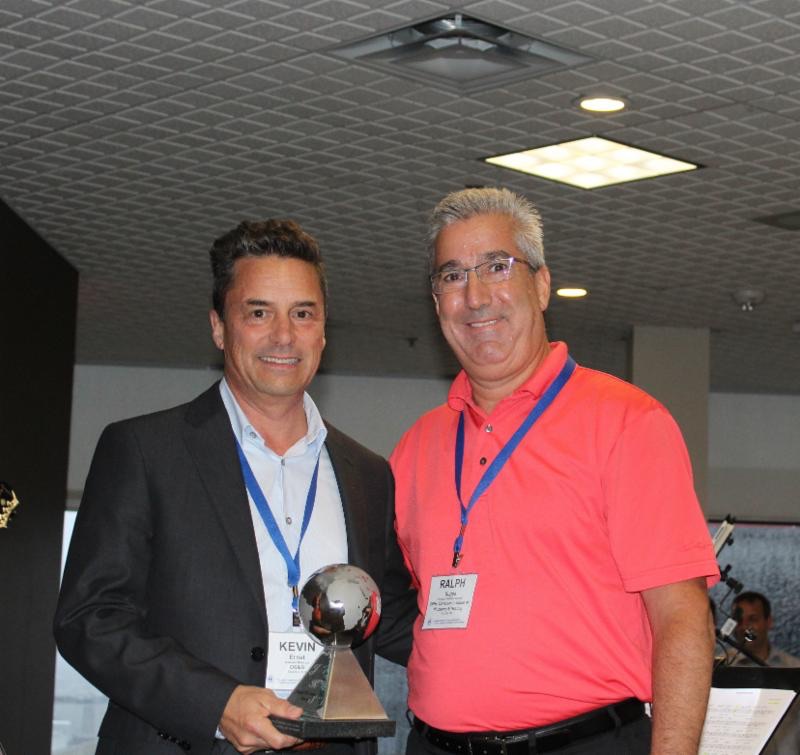