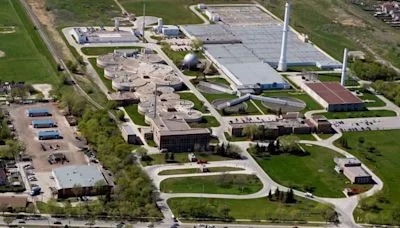 Canada and Manitoba will invest more than $550 million for the second phase of upgrades to the North End Sewage Treatment Plant in Winnipeg, the city’s oldest and largest sewage facility.

Phase 2 of the project includes construction of new infrastructure and upgrades to the Biosolids Facilities, which will store and treat sludge produced from the treatment of wastewater to convert it into biosolids, a nutrient-rich product that can be safely re-used as fertilizer or soil.

It’s one of the largest wastewater infrastructure projects in North America. It is the first of three projects for upgrading the NEWPCC, which will help protect Winnipeg’s waterways and meet the needs of its growing population.

Red River Solutions, a 50/50 joint venture between Aecon and Oscar Renda Contracting of Canada Inc., is responsible for both the design and construction of a new headworks facility that will include.

New facilities will also be used to convert sludge from the City’s other two wastewater treatment plants into biosolids, diverting it from the landfill and will include sufficient capacity to facilitate the City of Winnipeg’s interim phosphorous removal plan to meet Environmental Act Licence requirements.

“This is a monumental project that will have an impact on thousands of current and future Manitobans living in the capital region and beyond,” said Manitoba Municipal Relations Minister Eileen Clarke. “We are pleased that Winnipeg is respectfully engaging partners in this project to assist in growth and development of our communities and economy, all while benefitting the environment.”

In 2021, the City of Winnipeg received federal and provincial funding for Phase 1 – improvements to the Headworks Facilities.

“Today’s Phase 2 funding announcement of over $550 million of trilevel funding for the North End Sewage Treatment Plant builds on the $356 million of collaborative federal, provincial and municipal government Phase 1 investment announced in July of last year,” said Brian Bowman, Mayor of the City of Winnipeg. “This funding is a positive step forward that will help protect the health of Lake Winnipeg and provide Winnipeg the capacity to grow.”

The Government of Canada is contributing up to $200.9 million in this project through the Green Infrastructure Stream of the Investing in Canada Infrastructure Program (ICIP). The Manitoba government is providing more than $167 million, while the City of Winnipeg will provide at least $184 million.

More than $765 million in federal funding has been approved for 99 projects under ICIP in Manitoba.