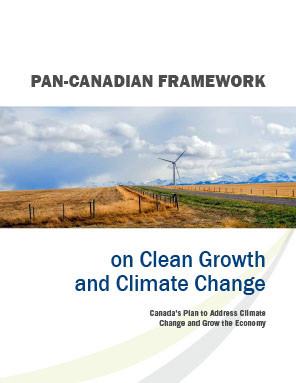 The Canada Green Building Council (CaGBC) says it commends the federal government’s Pan-Canadian Framework on Green Growth and Climate Change for its recognition of the building sector as an area critical to the reduction of emissions, as an aid in providing climate change resiliency, and as a means to driving innovation.

These actions were also key recommendations in the CaGBC’s recent Building Solutions to Climate Change report – submitted to the Vancouver Declaration Working Group for Specific Mitigation Opportunities on behalf of the Canadian green building industry in September.

By outlining a plan to make new buildings more energy efficient and setting net zero energy goals while also pledging federal investment in research, development and demonstration, along with industry cooperation, the Framework demonstrates a clear commitment to innovation that is necessary to making these actions a reality. The guidelines are in step with advances in the green building industry as shown with the CaGBC’s recent launch of Canada’s first Zero Carbon Initiative. This initiative is providing the market with a state-of -the-art guideline and, soon, the third-party verification and support required to make net zero carbon buildings readily achievable even before the 2030 guideline set out by the Pan Canadian Framework.

The Pan-Canadian Framework’s guidelines to retrofit existing buildings and measure existing buildings’ energy use are also critical to reaching the maximum emissions reductions possible from the building sector, and to strengthening climate change resiliency.

Existing buildings represent more than 80 percent of Canada’s building stock which will still be standing in 2030. These buildings present a greater emissions reduction opportunity than any new construction activity between now and 2030. CaGBC research demonstrates that Canada can achieve a 44 per cent reduction in emissions with a combination of recommissioning, deep retrofitting, adding renewable, and fuel switching in existing buildings over 25,000 sq. ft. by 2030.

Existing buildings are not only critical to achieving the targeted GHG emissions reductions, but present a massive economic opportunity. Large-scale upgrades to existing buildings will create jobs, drive the creation of new technologies and could contribute $32.5 billion in total GDP impacts by 2030 and reduce 19.4 million tonnes of GHG emissions.

“What the Pan-Canadian Framework clearly demonstrates is the potential of green buildings not only as a tool for emissions reduction and resiliency, but also as a driver of innovation in the new low carbon economy,” says CaGBC president and CEO Thomas Mueller. “The CaGBC commits to continued support of government and industry, while acknowledging there is work to be done in order to implement these broad policies and programs at a pace that will achieve the emissions reductions needed by 2030.”