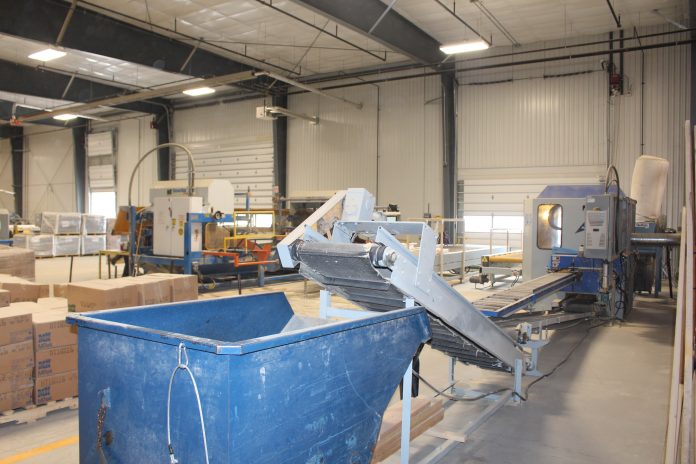 Phoenix Building Components is a design/engineer and manufacturer of wood based structural products including roof trusses, wall panels, floor trusses, timber trusses and engineered wood beams and columns. Since its opening in 2005, the company has grown its reach and scope and now provides products across Ontario and Quebec and into New York, Ohio and New England.

The company expanded its capabilities and ability to achieve greater levels of service and quality when it opened a new 50,000 sq. ft. facility in Essa Township near Barrie in 2016, doubling its manufacturing space to 45,000 sq. ft., tripling yard space for product storage, and almost doubling its workforce.

Grant Gibbons, Phoenix president and CEO, said the new location also allowed the company to increase its sales into non-traditional areas, and allowed it to manufacture new product lines.

In 2017, the company purchased the operations of Ex-Kent trusses, located in Sundridge, ON, just south of North Bay. The two locations ran double shifts throughout 2017 in order to maintain supply to meet the demand for its product, says Gibbons. “We have become the largest Ontario based exporter of building components to the U.S.”

From its roots designing and manufacturing roof trusses, the company has expanded over its more than 10-year history to include wall and floor panels and floor trusses. It is also a wholesaler of engineered wood products including Rimboard, triforce joists, structurally insulated panels, glulam, connectors and hangers, and timber structures.

Gibbons says his company’s products are used in residential, commercial and agricultural construction, and that the precision work allows it to be used mid-rise projects as well. “All of our roof trusses are lasered and all cutting operations use robotic CNC saws.”

The company now employs a staff of 170 and includes 35 designers and engineers and 15 transport drivers. “We’ve seen a 20 per cent growth per annum and have future plans to expand both of our plants to increase our manufacturing capabilities.”

He says there are also plans for the construction of a new sales and design office building in Sundridge and the introduction of further automation to the company’s processes.

Gibbons attributes the company’s success and growth over time to the quality of product, but also to ten core values that are at the heart of Phoenix’s focus on customer service. “Those core values include commonly sought after goals of exceptional customer service and honesty, but also focus on embracing and driving change, pursuing growth and learning and maintaining passion for what we do.”