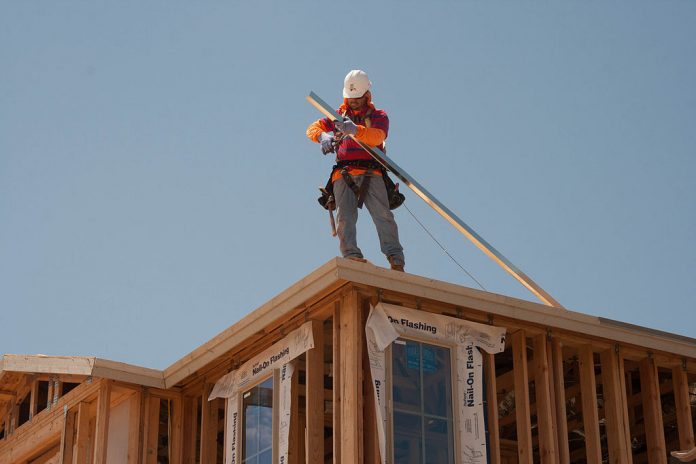 Lack of workers in skilled trades is not news in Canada. In fact, statistics say there will be a need for over 100,000 new skilled workers in Ontario alone over the next decade, as workers retire and the construction industry continues to grow. This is especially true in Southwestern Ontario, where transit projects and housing developments are driving growth in construction.

Like most trades in Canada, roofing is facing a challenge of getting new recruits to the job. “The number-one issue that every roofing contractor is struggling with is the shortage of workers,” says Jacques Beaulieu, president of CRCA. “We need to get to attract people to the  trade and better explain the benefits of working in it.”

Many strategies are being used to draw workers to the skilled trades: the Ontario Construction Consortium held an event called Future Building in May to get school-aged children excited in the trades, while the Ontario government recently announced it was signing an agreement with Alberta to increase educational opportunities within STEM and skilled trades subjects and ensure the skilled trades are recognized as a career of choice.

Canada’s roofing industry, too, is focusing efforts on marketing to young graduates – emphasizing the appeal of working without an office, in a job with a view.

“We’re working to increase awareness of the trades amongst the younger crowd, people coming out of high school that don’t know what they want to do yet,” Brunet says.

“Roofing can be a great trade to be in. They don’t go to an office, they go on top of the building,” Brunet says. “Their view is phenomenal.” He says roofers also tend to make a really decent wage and have opportunities for advancement.

Canada’s first National Roofing Week in June aimed at creating awareness and excitement about the work roofers do. For the inaugural year, CRCA worked with regional roofers’ associations to generate excitement in their individual membership groups.

“Quebec had 40 percent of members participating,” says Bob Brunet, executive director of CRCA. “They received almost 350 photos from members, mostly posted on social media,” he says. QMRA came up with a slogan for 2019 Roofing Week, which they intend to carry forward. The slogan reads “T’as pas vu ma vue” which in English translates to “Have you seen my view?”

All the activity from members helps to advance awareness of what roofers do, as evidenced by the estimated 66,000 unique page views QMRA’s website garnered.

Beaulieu says he hopes this initial success will get other regions of the country on board. “The results and the provincial support have been more than we expected,” Beaulieu says. “It’s a great opportunity to educate people about the roofing trade,” he says.

Brunet says another key initiative for the CRCA is explaining the benefits of hiring member contractors on a job, one of which is the quality screening that goes into businesses before they’re admitted for membership. Member businesses are screened for quality work and business viability. “We’re very different from other trade associations,” Brunet says. “Members have to prequalify in order to join CRCA.”

He says requirements vary from province to province, and getting in is tough. “In Ontario, for instance, they go audit your past jobs and current jobs before you’re accepted as a member. They also review insurance, health and safety record, and financials.” He says that means building owners can be assured that CRCA members can do the job well. “By hiring a CRCA member all the prequalification has already been done for them,” Brunet says.

The CRCA promotes collaboration within the industry and represents member interests, to support them to excel professionally and technically. Canadian National Roofing Week is to take place the first week of June, annually.