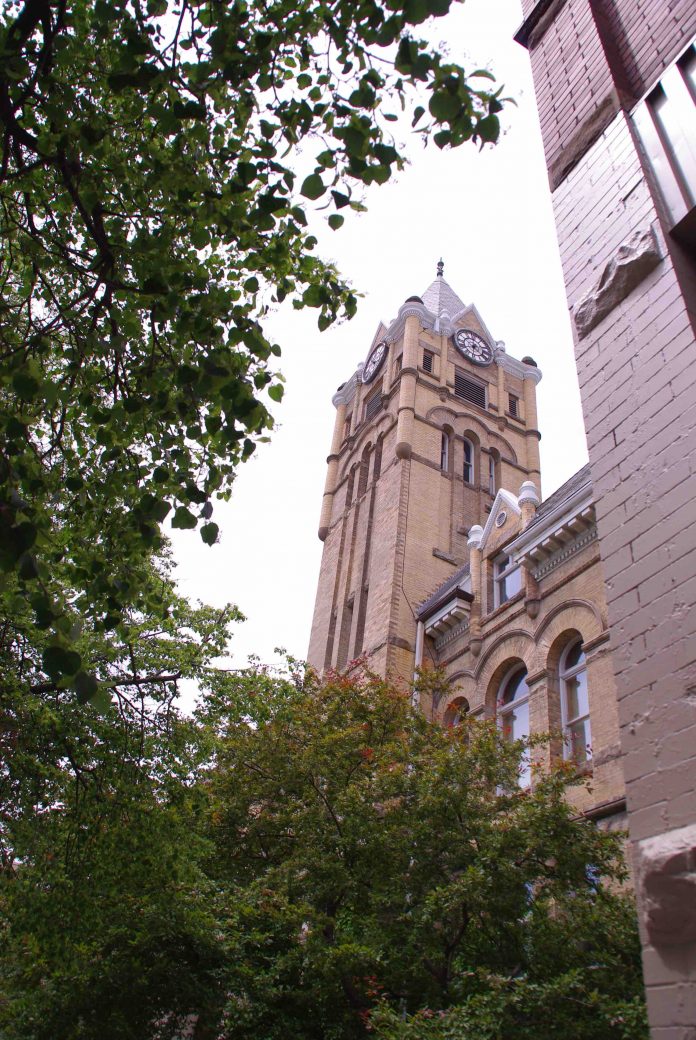 Located in the heart of southwestern Ontario, St. Thomas is a “small city with big ideas” surrounded by picturesque towns, lakeside villages, historic hamlets and just a short distance from London and the beaches of Lake Erie.

Established in 1956, the St. Thomas Economic Development Corp. (STEDC) is one of the longest running organizations of its kind in the country. While its mission may have changed over time, the focus has always been on supporting the community.

STEDC general manager Sean Dyke says the organization was initially formed to ease the process of growth and to provide top level service to business and industry looking to locate in the city. 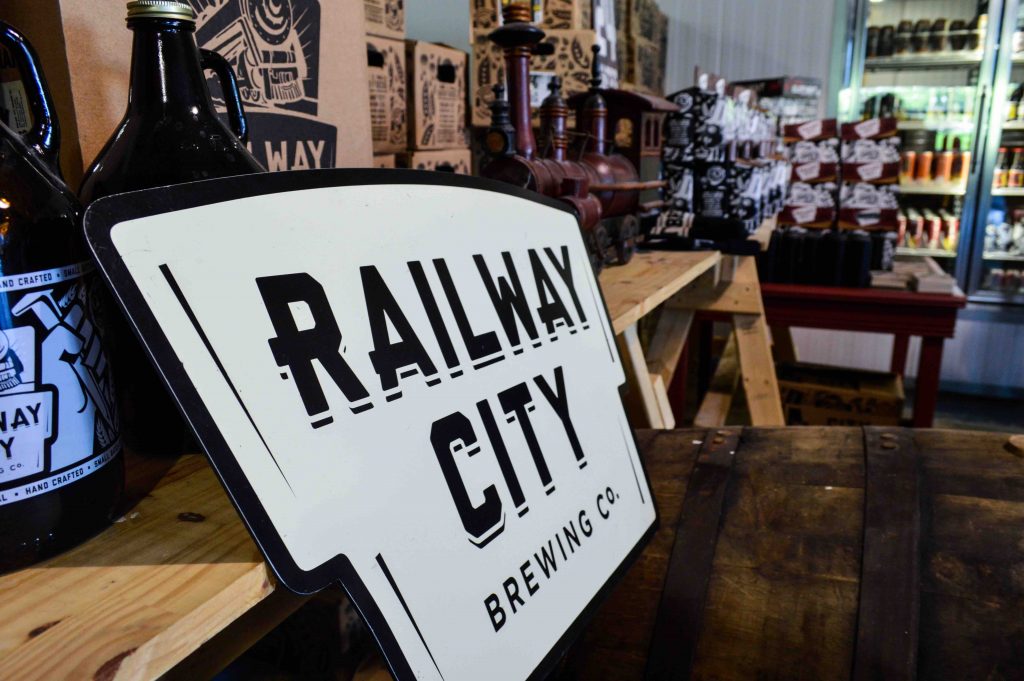 “Our current mission is to enhance the quality of life for all citizens of St. Thomas by attracting, retaining and growing our industrial and commercial sectors, which will result in increased employment opportunities and assessment,” he said. “Our efforts include business attraction and retention, community outreach, marketing and promotion, tourism, small business development and community development.”

Dyke says when he started in his current role, it was evident the city had to become more community focused, while still working to attract new business and helping existing businesses grow. With that in mind, in 2013, the corporation added Railway City Tourism to the organization. “We began working to increase awareness of the Railway City brand through tourism, in the hopes of increasing visitation, recognition and economic development in the city.”

The branding as a Railway City is a reflection of the growth of St. Thomas over time as more than two dozen railways passed through the region.

Dyke says the historic rail connection emphasizes the importance of location. “Being situated midway between Toronto and Detroit, in the heart of Canada’s industrial and agricultural heartland and minutes from the City of London, St. Thomas has benefitted greatly on all fronts, from industrial to commercial to residential as the city has seen steady growth, even in turbulent times.”

While the focus in the city has shifted over time, from rail, to automotive assembly and parts manufacturing, and now to advanced manufacturing, he says the city has always quickly adapted thanks in part to a solid, well trained and available labour force with access to multiple universities and colleges with excellent training programs. “Our available, reasonably priced land and buildings within easy reach of Highways 401, 402 and 403 and an evolved solid supply chain that supports multiple industrial sectors, have also factored in.” 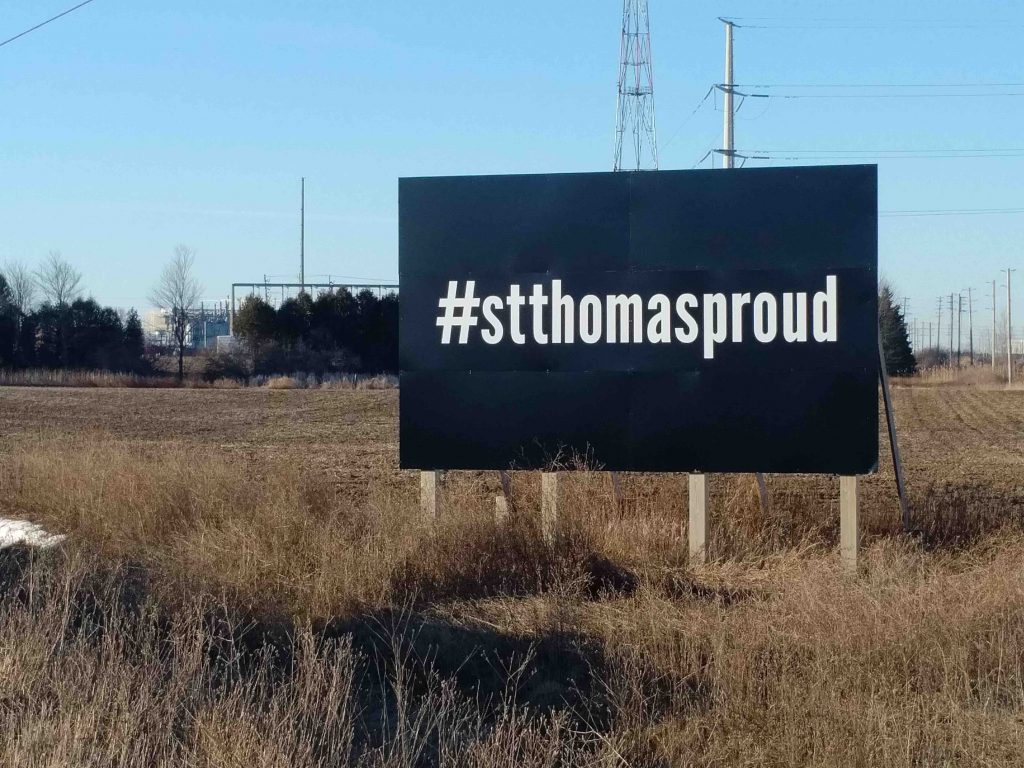 Dyke says many unique products and technologies are developed each year through local industry, “from auto body panels formed using a sheet metal hydroforming process that creates shapes previously thought to be impossible, to technology that allowed the relighting of the Statue of Liberty after it was extinguished in a hurricane, to robot lines that make cherry picking easier and more efficient for farmers, to military products that keep us safe, to trout processing and award winning beer.”

He says that the city anticipates continued industrial growth, with major recreational and infrastructure projects underway that follow recent institutional investments, which included new and renovated elementary schools, a provincial government investment in the city’s courthouse, and a major redevelopment of the western portion of the downtown.

“The new outdoor recreation complex that will begin development this year will improve the community’s access to quality sports fields and outdoor activity areas and contribute to an even better quality of life in the city.”

A major expansion to the St. Thomas Elgin General Hospital, the addition of a new seniors’ facility, a new police station, and the addition of new paths and trails throughout the city are also underway. “We also have on the books a new memorial park to honour our veterans and the private development of Canada’s first Elevated Park.”

The EDC is also responsible for the Elgin St. Thomas Small Business Enterprise Centre. This, he says, has given the organization the ability to operate at far more of a grassroots level and has been a real driver for the #stthomasproud campaign.

“Our team at the St. Thomas EDC is small but mighty, with only a general manager, economic development officer, enterprise centre manager, business advisor and tourism co-ordinator to run all of the programs that we do here. This team has been very successful in the last few years and I am personally extremely pleased to be working with such a passionate and effective group of people.”

“We are especially proud of being recognized with the Lieutenant Governor’s Award for Marketing Excellence in Ontario – truly a “best in class” award in the province. All of these awards came as a result of our team’s hard work on the #stthomasproud campaign.”
For more information, visit http://st-thomas.org.