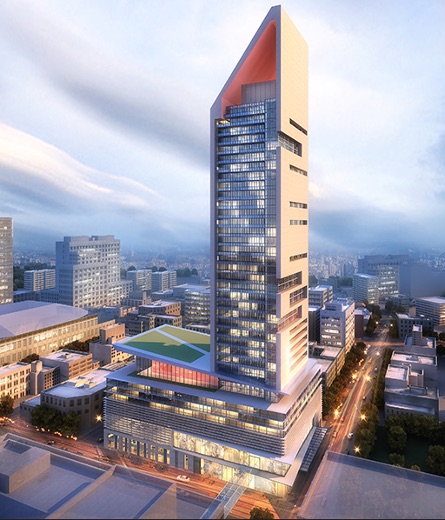 CBC News reports it has obtained documents which show that investors who have put money into the startup costs of the massive downtown SkyCity Centre development in Winnipeg are waiting on interest payments after finding out their bonds are in default.

CBC also reports there are also questions about the actual value of the land on which the proposed SkyCity Centre development is to be built.

Ontario Securities Commission (OSC) documents  indicate that 35 investors in the proposed development from Alberta, Saskatchewan, Manitoba and Ontario bought in for a total of $1.7 million in bonds, CBC reports.

“That’s very serious,'” CBC quotes Al Rosen, an accountant with Accountability Research Corporation in Toronto, as saying. “This is the indication that they’re not earning enough cash to pay the interest.”

SkyCity Centre is a proposed 45-storey condo and retail development at 245 Graham Ave., but construction has yet to begin. The bond issue represents a small fraction of the $44.8 million investors have shoveled into the project, and the City of Winnipeg has promised a $6.5 million grant when the project is complete.

Computershare sent a notice of default on April 27 and said the situation was not remedied after a first notification dated Feb. 3, CBC reported. The notice also said the nearly $29,000 in fees it is owed are “seriously in arrears.”

Bonds to help fund the startup costs for Fortress Real Development’s SkyCity project were issued in 2013.

However, the bond’s issuer, LiveWorkPlay Winnipeg Developments, no longer exists as a company. The funds raised from the bonds were loaned to the Fortress Manitoba affiliate that’s developing SkyCity, which is also listed as a guarantor in the bond’s memorandum of offering.

“We are negotiating leasing terms with several commercial and retail tenants which will allow us to achieve construction financing,” said Fortress  spokesperson Jenni Byrne. Late on May 23, Byrne sent another email to CBC saying “I can confirm that the interest payments in connection with these loans will be made tomorrow.”

A separate group of investors has sunk around $35.6 million into the project through syndicate mortgages, a pooled form of investment, according to land title documents.

CBC reports the land title for the Graham Ave. parking lot where SkyCity will be built lists dozens of investors who have put in anywhere between $14,000 and $190,000. Marketing materials say they will receive eight per cent interest paid on a regular basis and the face amount of the investment “is fully registered and secured via a charge against the property.”

The money raised through syndicate mortgages is used for startup costs — permits, marketing, the sales centre, initial construction including excavation and building the foundation, plus fees to Fortress Real Developments.

Sales pitch for SkyCity syndicated mortgages are no concern for city, councillors say
There is an additional $7.5 million worth of mortgages on the property from private lending companies, which brings the total to $43.1 million.

In addition to the syndicate mortgages, Fortress intends to raise up to $220 million in construction financing from banks or other institutional lenders, CBC reports.