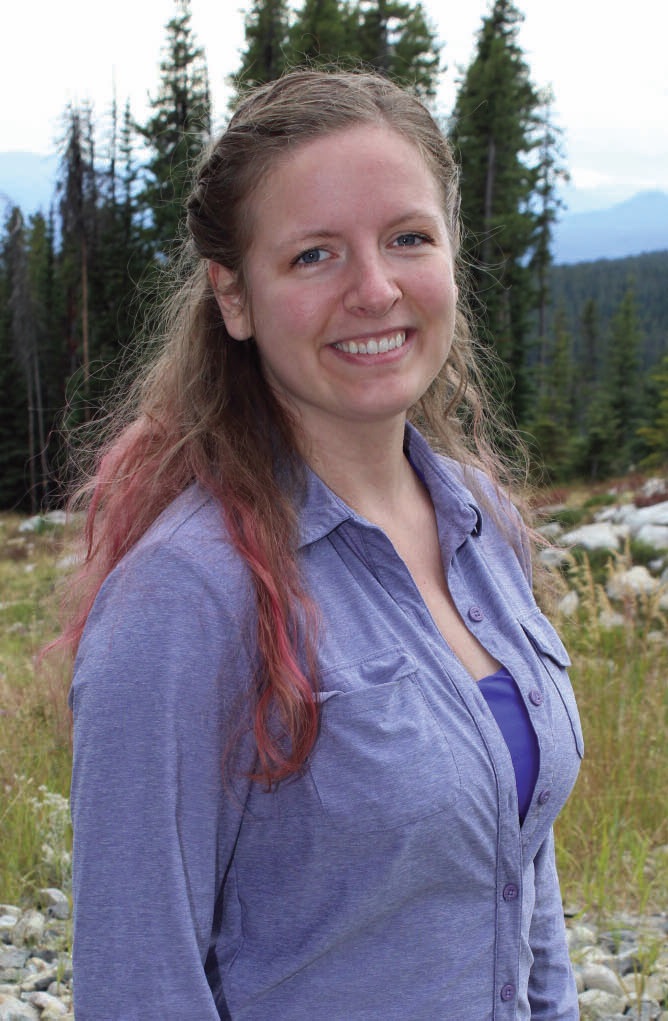 An interest in science inspired by a physics teacher who liked to “blow stuff up,” combined with growing up helping her father in his handyman business, led Meagan Harvey to a career as a structural engineer. She now works with Kelowna based ROV Consulting Inc.

Harvey says she understands there are many programs that encourage and support women into non-traditional occupations. However, that doesn’t make it less difficult to blend into a primarily male student body.

Fortunately, her program provided a co-operative component. “I had one other co-op job prior and was hired where I am now after my third year of schooling. I worked with other P.Engs (professional engineers) during my EIT (engineering intern program) and got my P.Eng. in August 2015.”

She says during her career she has occasionally runs across challenging contractors. Since other engineers in the office have had similar experiences however, she says this is more likely the result of inexperience, rather than a gender issue.

She says there have been occasional back handed comments that aren’t appreciated but adds that once there is a relationship established, these problems go away.

“A lot of the guys will offer to carry my clipboard or move this ladder, or move that piece of wood, or move this other thing. Some of my other colleagues don’t get that treatment, or comments about me being the ‘best dressed person on the site’.”

She says she can envision some of the challenges other women in the field may experience, such as planning time off for maternity leave during the middle of a large or long-term project.

Despite these occasional issues Harvey says she loves her career for the variety and the satisfaction of seeing projects move to completion. Working on more than 100 projects on average a year, she sees some that are smaller, and some that are quite large. “I did a 1,400 cu. m. water reservoir. This was possibly one of my largest, but really it was a giant concrete box.”

She has also been recognized with awards for several more complex projects, winning the 2015 SICA (Southern Interior Construction Association) Commercial Building Award for Renovation, as well as several Tommie Awards (recognition from the City of Kelowna), with two silver and one gold in the 2016 awards so far.

ROV president Richard Visscher calls Harvey brilliant and incredibly helpful to all of the homebuilders with whom she works. “As structural engineers we touch many projects and are instrumental in solving many problems as we create the “skeleton” for the homebuilders,” he said. “Meagan has been working for ROV Consulting for six years, as well as during her work co-op terms while going to UBCO. It is high time that she be recognized for her many talents as an engineer.”

Outside of her formal role, Harvey helped put together ROV’s OQM (Organizational Quality Management Program) Manual, which allowed the company to become certified with APEGBC (Association of Professional Engineers and Geoscientists of British Columbia) in March 2016.

Understanding the challenges, and the advantages, she says she would absolutely recommend a career in engineering to other women. She herself is inspired by one of her co-workers who was the first engineering Ph.D. female graduate from UBC’s Okanagan campus.

“There can be a lot of hard work and stress, but the finished projects at the end of the day are worth it.”