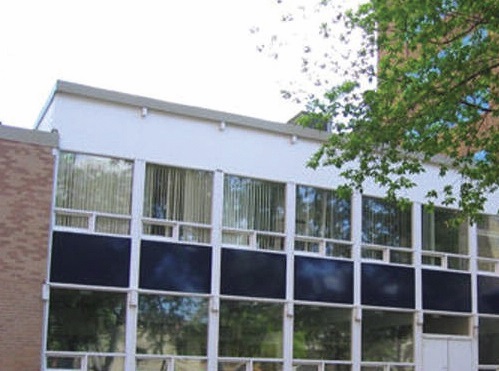 The Design Talks Institute in Calgary has discussed the future of Lacey Court, a two-storey Modern block built in 1956 in Calgary.

The single-storey portion facing Central Memorial Park has already been returned to its original glory by MoDA — Modern Office Design + Architecture — that recently relocated there from Varsity Drive N.W, the Calgary Herald reports.

Named after owner John Lacey, an oil and gas consultant, arts philanthropist and for many years, honorary consul for the Kingdom of Thailand, it was designed by and was the home of Calgary architect J. Stevenson & Associates.

MoDA founders and architects Dustin Couzens and Ben Klumper say they were delighted to discover Lacey Court and are interested in restoring the structure.