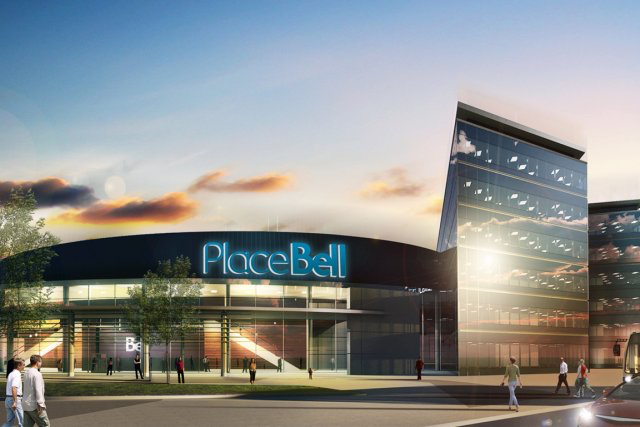 Quebec-based general contractors Pomerleau earned top honours in two of the three awards categories, taking home awards for Innovation and Best In BIM. Pomerleau demonstrated exemplary innovation for their work on Place Bell – Cultural and Sports Centre in Laval, Que., and demonstrated the Best In BIM for outstanding implementation throughout design to construction on the multifunctional amphitheatre Videotron Centre in Laval, Que. In the Innovation award category,

“All nominees demonstrated great execution of BIM,” said CanBIM president Allan Partridge “But Pomerleau demonstrated exceptional strength in their respective award categories, as seen by our experienced evaluators. We are proud to have received so many great submissions.”

Nominees and the respective award winners demonstrated a high level of excellence in their project submissions, further cementing the belief that Canada’s BIM Community is robust. “Our independent CanBIM evaluators represent a great cross-section of the architecture, engineering, construction, owner and operator industries,” said CanBIM executive director  Gerry Lattmann. “They did a great job evaluating and selecting our outstanding nominees and winners for the inaugural CanBIM Awards.”

“The awards are a major landmark not only for CanBIM, but also for Canada’s BIM community,” said Pietro Ferrari, CanBIM Awards emcee, CanBIM director and chair of the education and research committee. “The awards bring to the forefront the significant achievements of this country’s BIM professionals and are proof of the success that occurs when art, science, technology and industry converge and collaborate.”

The CanBIM news release said: “The Calgary event was the third and final regional session of 2015, and continued on the unprecedented success of the Toronto Regional Session held in June, once again offering excellent networking opportunities, presentations and a roundtable discussion with some of Canada’s most distinguished BIM professionals. The presentations and roundtable discussion focused on the “Business of BIM” and how the decision to use BIM has become an important ingredient in the success of AECOO companies. The consensus for Canada’s BIM leaders in attendance aligns with CanBIM’s advocacy efforts: that not using BIM will become a disadvantage and those that implement BIM efficiently and effectively stand to gain in the long term.”

“It’s a great time to be a part of CanBIM as it rapidly becomes a mature, vital, and leading organization representing Canada’s BIM community,” Ferrari said. “The success of the awards and the ever-growing interest in the certification program are clearly an indication of this momentum. CanBIM Certification will prove to be the gold standard for benchmarking BIM excellence in Canada.”

Before the awards, the CanBIM board elected its newest board member, Christian Proulx, Aéroport de Québec, project manager. Proulx is a professional mechanical engineer who currently chairs the CanBIM owners and facility managers committee.