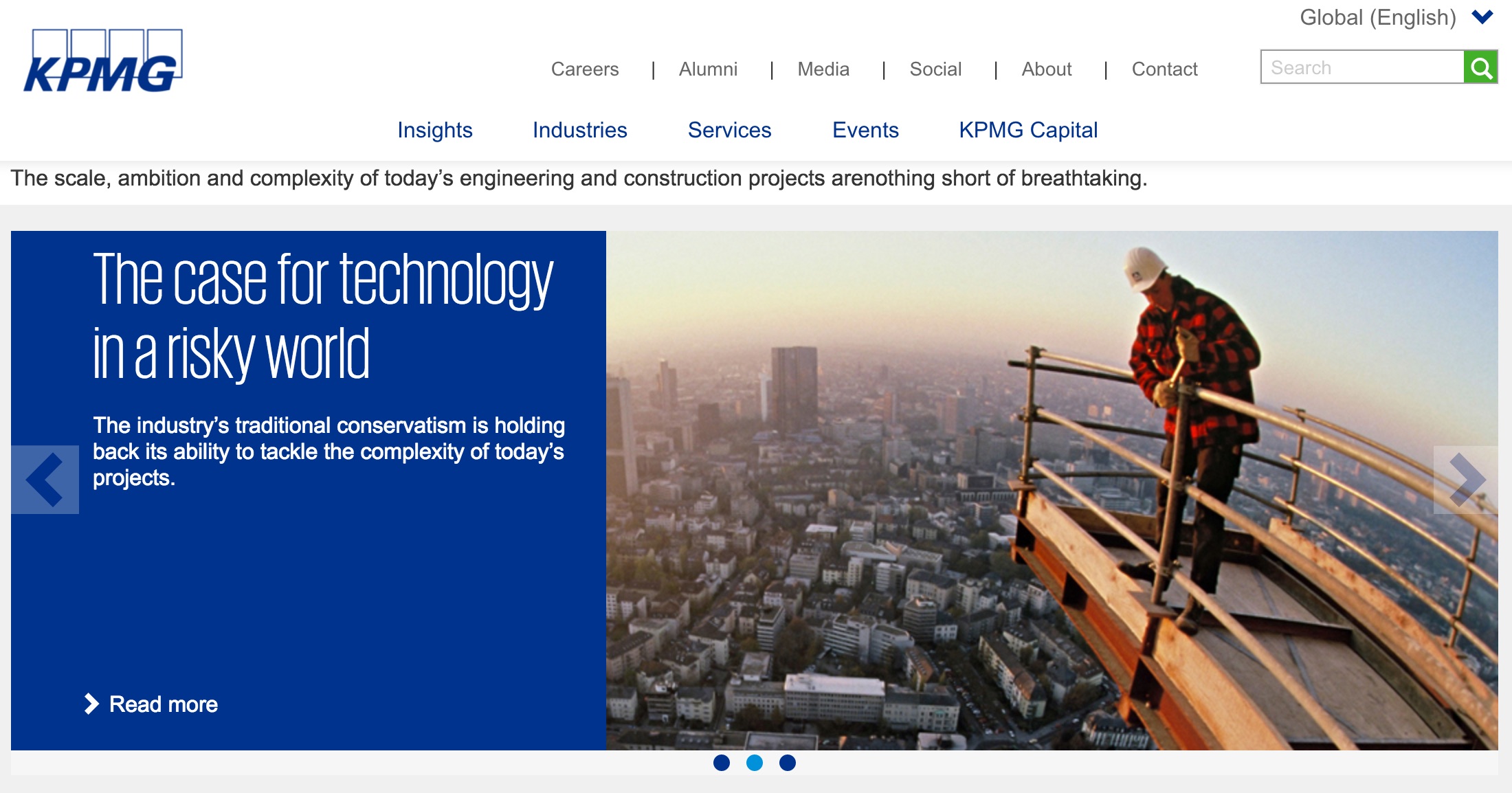 Despite substantial investments, the construction industry is struggling to gain the full benefits of technologies including advanced data and analytics, mobility, automation and robotics. That’s the key finding from Building a technology advantage – Global Construction Survey 2016, the annual state-of-the-industry report from KPMG International.

Of the 200-plus senior construction executives taking part in the survey, just 8 per cent of their companies rank as “cutting edge technology visionaries,” while 64 per cent of contractors and 73 per cent of project owners rank as “industry followers” or “behind the curve” when it comes to technology.

“The survey responses reflect the industry’s innate conservatism towards technologies, with most firms content to follow rather than lead,” Geno Armstrong, international sector leader, engineering and construction, KPMG in the US, said in a news release. “Many lack a clear technology strategy, and either adopt it in a piecemeal fashion, or not at all.”

Two-thirds of survey respondents believe project risks are increasing. According to Armstrong, this is an industry ripe for disruption, yet less than 20 per cent of respondents say they are aggressively disrupting their business models.

“Projects around the world are becoming bigger, bolder and more complex — and with complexity comes risk,” notes Armstrong. “Innovations like remote monitoring, automation and visualization have enormous potential to speed up project progress, improve accuracy and safety.”

Lagging use of data, mobility and integrated project management technologies

According to the survey, engineering and construction firms, and project owners, are not taking full advantage of the volumes of data at their fingertips — almost two-thirds of those surveyed don’t use advanced data analytics for project-related estimation and performance monitoring. Moreover, only a quarter of respondents say they’re able to ‘push one button’ to get all their project information. And even fewer claim to have single, integrated project management information system (PMIS) across the enterprise.

“Integrated, real-time project reporting is still a myth, rather than a reality for most” according to KPMG’s Armstrong. “That’s largely because firms tend to use multiple software platforms that are manually monitored and disconnected, which severely compromises their effectiveness.”

Mobility is another technology with huge potential to analyze and track performance via hand-held devices t for large construction projects. A significant majority of respondents employ remote monitoring for projects sites, yet less than 30% say they make use of mobile devices routinely on all their projects, while a similar proportion don’t use mobile platforms at all.
Similarly, only a third say they’re employing robotics and automation.

The survey also finds less than a majority are realizing the full benefits of Earned Value Management (EVM) to measure cost and schedule performance – with over 40 per cent saying they do not use EVM at all.

Getting the most from technology

Harnessing the true potential of technology requires construction companies and project owners to get clearer about their technology vision and strategy.

In Armstrong’s view, “The rapidly evolving infrastructure challenges of the next decade demands both owners and engineering and construction firms embrace technology more strategically and at a far more rapid pace than in the past.”