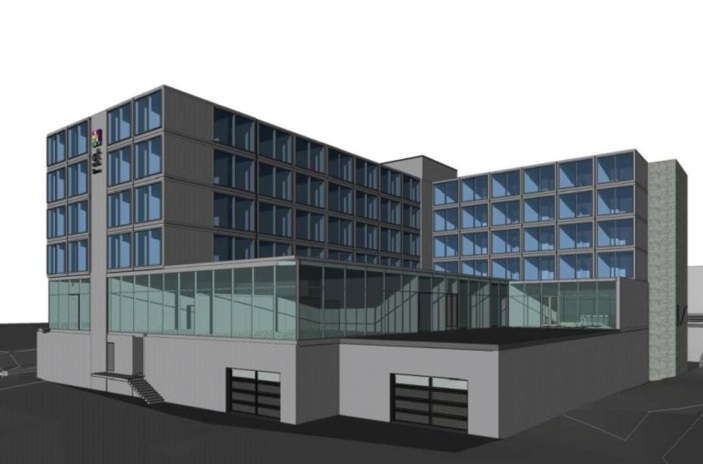 Construction has started for the new Alt Hotel in downtown St. John’s with the removal of one of the city’s last historical vaults.

CBC reports that the brick and stone vault, on the grounds of the Marshall Brothers cellar (from the 1800s), was the only remaining structure on the site that once housed a warehouse, post office and the former Marshall Brothers store.

Montreal based Groupe Germaine will now start building the hotel on the corner of Water St. and Job’s Cove near the east end of Harbour Dr.

The four-storey, 148-room hotel should be completed in 2017. The company said in a statement it plans to move ahead with “respectful architectural planning” to ensure the outline of the former cellar “will be incorporated into the hotel’s exterior landscaping and paving making it a celebrated feature and effectively allowing the old and the new to coexist in harmony.”

In addition, the hotel will include a “feature wall” to display materials excavated from the cellar, as well as historical pictures and text.